It seems like Albania’s always on the verge of having a real travel moment. It’s been included in various “best of tourism” round-ups over the last 10 years, including NYT’s 52 Places to Go and Nat Geo’s Best Trips. It should be overrun with tourists.

And yet, most of the country, including its capital – Tirana – is blessedly free of mass tourism. On my multiple trips there, I’ve gone days and days without running into or seeing a single other traveler.

Sure, usually this makes me the only Asian around for miles and miles. Sometimes, I really feel like an animal in the zoo! But this doesn’t make the country any less of a favourite, especially since so many wonderful people I know call it home.

The worst part of #traveling is saying good-bye to #besties that live in different countries than you do. ? Till we meet again. ❤ @agr1nho @oriola_madhi @ilbismy #travel #albania

Things to do in Tirana

I’m by no means an expert on Albanian travel, but being in the city with people who actually LIVE there, has given me a window into some unique things to do in Tirana while visiting.

This list of what to do in Tirana covers a few touristy places, like Mount Dajti, but it also includes some under the radar experiences too. I hope you’ll enjoy discovering them, as much as I did.

For a birds-eye view of Tirana, ascend up to the peak of 1,613 metre Mount Dajti, part of the Skanderbeg range of mountains. Covered in pine, oak and beech trees, it’s populated with canyons, waterfalls, caves, a lake and an ancient castle. Visiting Mount Dajti is one of the most popular things to do in Tirana during winter time because it’s one of the few places in the city where you can actually experience snow.

The view from the top of Mount Dajti

High above Tirana on Mount Dajti

Head towards the Fusha e Dajtit, for a panoramic view of Tirana, coffee, and a bite to eat.

There are multiple ways to reach the top, but the Dajti Ekspres will get you there in just 15 minutes. It’s the first and only cableway in Albania, and the longest cableway in all of the Balkans. Closed on Tuesdays, and busier when there’s a snowfall, tickets can only be purchased at the lower station of the cableway.

On one of my first visits to Albania, my father-in-law made sure to take us to the Sky Tower Tirana to enjoy 360° views of the entire city. As the bar rotated slowly around in a full circle, we sipped on coffee and relaxed in the peaceful surroundings.

On one of my first visits to Tirana, we checked out views from Sky Tower Tirana.

Sky Tower Tirana is located on the top floor (17th) of the Sky Hotel, near the popular Blloku area. There’s no entrance fee to enter the bar. All that’s required is that you order a coffee or something to eat. It’s definitely one of the best ways to get a birds-eye view of Tirana at an affordable price.

Whether you call it a monument, mausoleum, museum or eyesore, the Piramida is a must-see in Tirana.

Originally opened in 1988 to commemorate the legacy of Communist leader Enver Hoxha, it was then, the most expensive individual structure ever constructed in Albania.

After the fall of Communism in 1991, the Pyramid of Tirana functioned as everything from a museum to military staging area… mostly unsuccessfully. Looting, graffiti, revolving ownership and its unpopular association with Communism eventually led to the Piramida’s current state of ruin.

The Tirana Pyramid is a must-see by Römert [CC BY-SA 3.0]

Still, the Pyramid should be on your list of things to see in Tirana, possibly climbed, and definitely photographed… before this decrepit piece of history is possibly torn down forever.

Read our guide to 6 rewarding day trips, just an hour away from Tirana.

Get a reflexology massage from a master

How does a Chinese reflexology master end up in Tirana, Albania? Your guess is as good as mine, since both languages are totally impenetrable to me and I haven’t been able to properly ask.

All you need to know though, is that this hour long reflexology massage in Tirana is the best I’ve had the world over… and I’ve had plenty, in places like Malaysia, China and Thailand. Costing around 800LEK, you’ll be floating off into a dream-like trance, that is only bested by the total focus and concentration of the guy treating your feet like they’re made of gold.

Sure, getting a reflexology massage probably wasn’t at the top of your list of things to do in Tirana, but trust me, you won’t be disappointed.

While the day away in an Albanian cafe

There’s a joke in Albania that goes something like this: one half of the country is serving coffee, and the other half is drinking it.

It’s a lighthearted nod at the high rate of joblessness that still affects the country 30 years after the fall of Communism. It also means there’s a seriously epic concentration of cafes available to service the population.

Albanians spend lot of time sitting in cafes in Tirana

Sitting in a Tirana coffee shop is the perfect window into local culture. And unlike Italy, sitting in a cafe for hours on end isn’t frowned upon AND you can get a coffee that requires more than 3 sips to drink. If you’re a coffee lover like me, a Tirana cafe might just be your idea of nirvana.

Check out our guide to Tirana’s restaurants, and learn what to eat, and where.

If you’re looking for a really special cafe experience though, head to Komiteti Kafe Muzeum (The Committee) for your morning coffee. Decorated fully in objects and furniture from Albania’s long and complicated history, it’s a soul-stirring place for locals connecting to antiques and objects from their past.

Komiteti came to life when owner Arbër Çepani sought a space to showcase his incredible collection of 17,000+ objects. The items run the gamut from antiques to cultural, symbolic and political objects to traditional clothing… each with its own story and history. Don’t feel shy about asking the staff to explain what the different pieces in the “museum” section of the cafe are. They’re happy to share their knowledge.

Standout pieces include one of the only complete collections of old televisions in Albania, a room modelled after a traditional pre-Communist living space, and an antique fan antique gifted to Enver Hoxha from the Chinese government after relations with Stalin faltered.

The name Komiteti, rather than referring to Albania’s Communist period, originates in the Latin word to gather for a special purpose. And it really is a special place to do so. At Komiteti, you can attend cultural live performances, see documentaries, film screenings, and art exhibits, or simply join a conversation.

Sip on a coffee, have a meal or try one of 60+ different kinds of “raki,” if you prefer. Komiteti is constantly experimenting with flavours, and new ones are added every year. They’re widely credited with making this traditional Albanian alcohol that’s usually drunk by their fathers and grandfathers popular among the younger generation. Try it with “ingranazhe,” a nostalgic Communist-era cookie.

Komiteti has plans to expand to other Albanian cities. In Korca’s Bazaar, you can already find “Qoshka e Komitetit,” or Committee’s Corner, and the location in traditional Gjirokaster is currently being built.

Experience Nightlife in Tirana on Blloku

Under Communism, Blloku or the Bloc used to be a restricted space solely for party leaders and elites. It’s ironic and somehow fitting, that it’s now become the centre of nightlife in Tirana. Where once only high-ranking communist party members could roam, now people of all stripes and colours are welcome. They descend en-masse to enjoy the huge range of cafes, restaurants, nightclubs and bars available for everyone to enjoy.

Ranging over a 6 block radius, Blloku has quickly become the place to go, be seen and to see.

What do you get when you cross a city mayor with an art background? Quirkily painted buildings!

Tirana might not be the most attractive of cities, but it’s definitely unique, due to the colourfully painted buildings that randomly populate its streets. This started in the late 90s when, the then mayor, Edi Rama, started a beautification project with very little budget.

Sure, building spotting might seem like a weird thing to do in Tirana, but I guarantee you’ll have fun finding them.

Look out for interesting buildings on the streets of Tirana

If the chaos of the city starts getting to you, I know exactly what you can do in Tirana to ease your mind AND body.

Drop into a yoga class, where you’ll be able to stretch out any kinks you’ve picked up on your travels, as well as relax in a quiet space. Fortunately, there’s a certified yoga studio in Tirana that offers Ashtanga, Vinyasa Flow and Hatha classes for all levels and abilities.

Who wants to yoga on this beach in Albania? (photo courtesy Tirana Yoga)

Tirana Yoga is a special place, not just because it’s the first yoga-specific studio in the country, but because it’s mission is the spread the love for yoga throughout the country. Since it opened in 2011, Tirana Yoga has offered retreats and yoga sessions in spectacular natural settings through various collaborations. It’s also the only studio in the country that actually trains teachers with a certified 200-hour teacher trainings through Yoga Alliance USA. American expat and owner Rachel Berryman has herself trained over 1000 yoga teachers!

Up Close and Personal || How close has your face been to the pavements of Tirana??? . . Come join our owner @momentumyogaflow and other teachers @catsowntheinternet @suithanasi this Thursday for a FREE CLASS in celebration of #internationalyogaday organized by @arbagramo and the Indian Embassy in Romania. . . Thursday 21st June 6:30-8:00 PM Stadium Dinamo (Selman Stermasi) Bring a yoga mat or a beach towel . . ? @eneakika #idy2018 #official #freeyoga #yogaclass #yogastudio #tirana #bejjoga #jogakudo #jogacdodite #tiranayoga

At Tirana Yoga, you’ll find a calm sanctuary in the busy Blloku area. Drop-ins are welcome and there’s no need to worry about gear. The studio is fully equipped with all the yoga mats, blocks, straps, and cushions you could possibly require to enjoy a practice. Something that any traveller can appreciate!

Is Tirana, Albania on your travel radar? Let us know what you think? We’d love to hear from you! 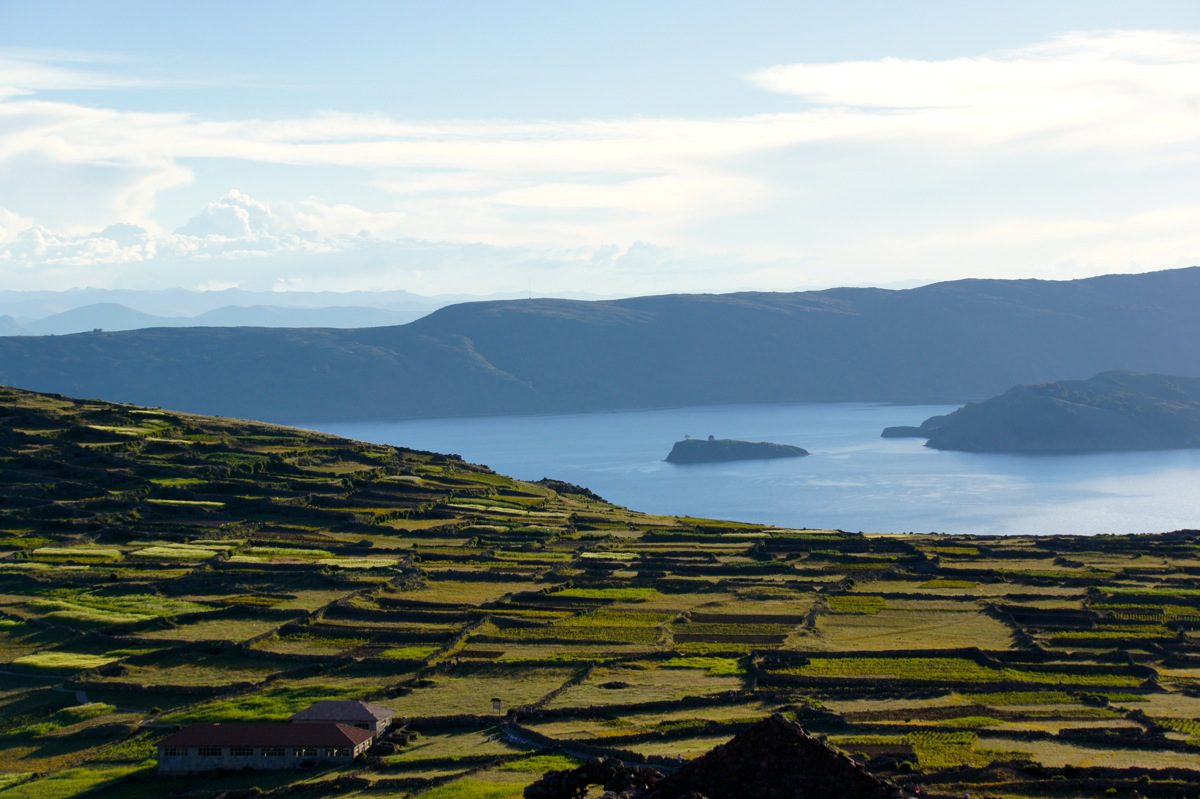 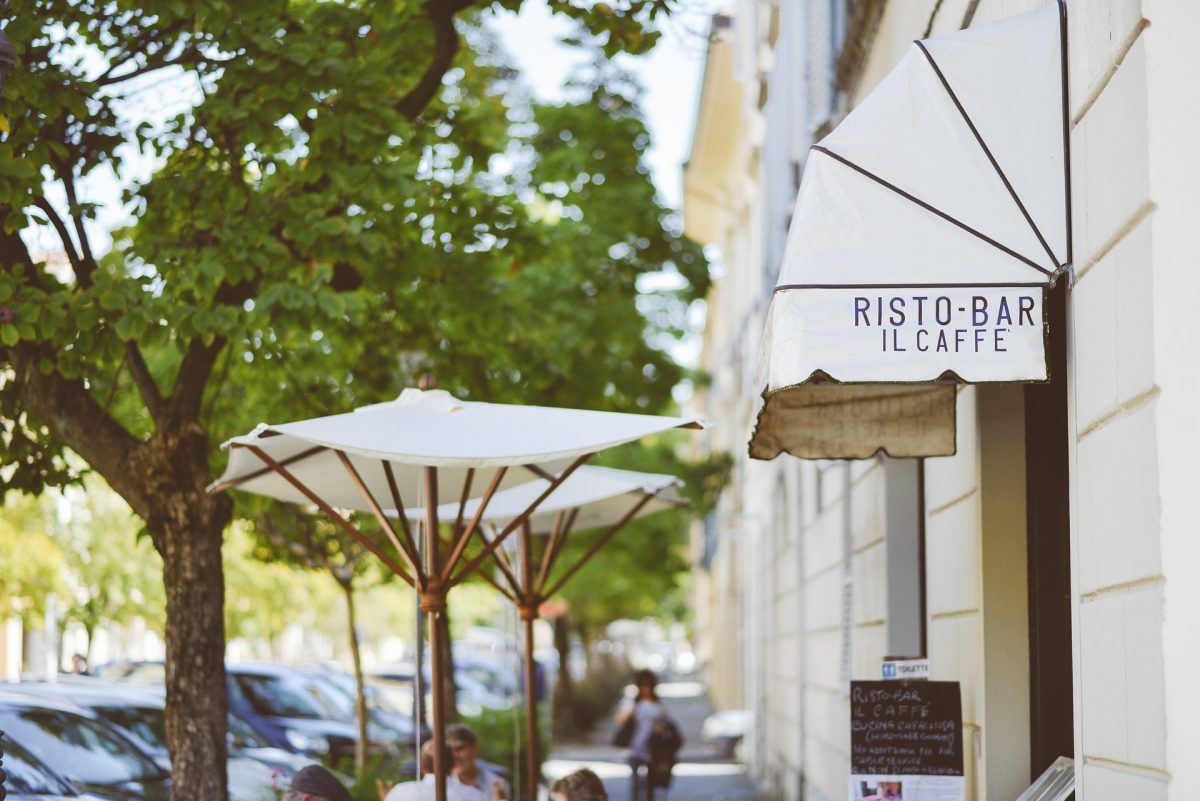