Though we started the year with 2 solid months on the road, what made 2013 different for us from a traveling point of view, was the number of opportunities for travel that we DIDN’T capitalize on.

Last summer, despite the siren call of the Mediterranean beaches and the constant grey skies, monsoon rains and 90% humidity of Korea, we found ourselves parked in our apartment in Seoul. Even the Siberian winds and freezing temperatures of winter, failed to provide sufficient motivation for a trip, and again, we found ourselves rooted solidly in one spot.

After spending almost all of an unforgettable 2012 wandering the globe, we needed a year to recharge, rest and most of all, be still. Instead of an unknown city, restaurant or sight, we rediscovered old pleasures like brewing our own fresh coffee every morning, the smell of newly laundered clothes drying, and best of all, the comfort of our own bed and home.

2013 was the first year since we left Canada, that brought a lot of friends and family from around the globe, to our doorstep here in Seoul. We seemed to have a constant flow of visitors, that made our home, seem new once again.

My aunt from Toronto

Jany and Kyra from Texas

Max and Jany from Texas

Paul and Sharon from Toronto

Krish and Meera from Toronto, and Emily from Vancouver

And finally, my dad!

And though we chose to stay put in the summertime, and during the winter holiday season, it didn’t mean that our year was void of travel completely.

We started the year, 140 kilometres north of Fort Cochin, India, surrounded by the white-robed devotees of Amma, the Hugging Saint. We didn’t get the peace and quiet we were looking for there, so after checking out early, we headed back down to Fort Cochin and spent 10 days pigging out at Dal Roti, watching elephant processions and recovering from the cold and strenuous travels of northern India.

From there, we rented a classic Royal Enfield motorcycle, braved the chaos of Indian traffic, and made our way to the coolness of the tea plantations in Munnar, before visiting a friend in Mysore. We wrapped up our Indian adventure visiting more friends in Bangalore.

After a few days in Singapore, it was off to Bali for a heavenly week of lush greenery, spectacular sunsets and blissful massages.

February: Thailand
In February, we ended our year long round-the-world adventure in one of our most-loved countries of the world. It doesn’t matter how many times we visit Thailand, we always seem to find new places to discover, along with our trusted favourites.

After a stop in Bangkok to meet up with friends, we dove head-first into hammock and coconut- shake life in Koh Lanta, Krabi, and Koh Phayam.

A 2 day stay in the floating raft houses atop Chiaw Larn Lake in Khao Sok National Park proved to be one of our best Thai experiences of all time.

One majorly delayed train ride and a night in untouristed Chumporn later, and our year long adventure was, at last, at it’s end.

May: Busan
When Ana, one of Agri’s sisters moved to Korea, along with a good friend, Bassam, it was time to take the 3 hour, 300 kilometre/hour train ride down to South Korea’s second largest city, Busan.

A port city, next to the Pacific Ocean, Busan has a very different vibe than Seoul. More relaxed, earthier and some would say – with warmer, friendlier citizens – we passed the weekend lounging around on Haeundae Beach, and eating the best hameultang (seafood stew) ever at Jagalchi Fish Market.

September: Weekend Beach Escape to Gangneung
After suffering through Seoul’s difficult summer, we were desperate for some time next to the ocean, and found it just 2.5 hours away from the city, on Gangneung’s Gyeongpo Beach.

A weekend eating delicious Korean BBQ and seafood stew, badminton on the beach and multiple card games, was exactly what we needed to recharge for the busy autumn season.

Head to a Korean beach on the East Coast to escape summer in Seoul.

November: A Wedding in Phuket
November found us on our 4th trip to Thailand to attend a friend’s wedding in Phuket. Though we were only able to stay for a short 5 days, we took the opportunity to experience the luxury side of the country for the very first time.

Relatively speaking, 2013 was a pretty quiet travel year for us, with a lot of time spent close to home, but we’ve already got big plans for 2014…plans which I can’t wait to share with you over the next few days.

Did you travel in 2013? Where did your travels take you? 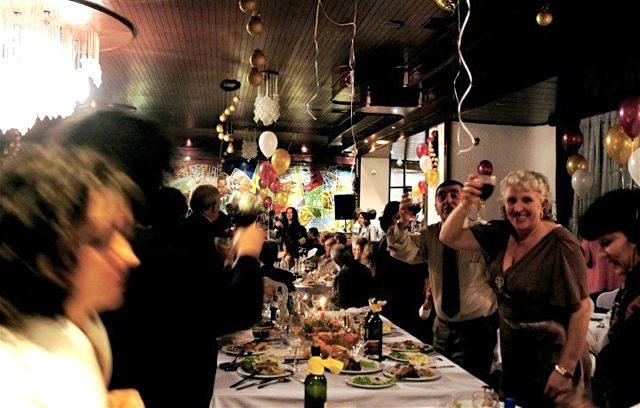