Well, that was fast. I can’t believe September is done and gone already. I am now 34 weeks into the pregnancy and it won’t be long now before our little monster decides to make her grand debut!

Here’s what we got up to this month.

SEPTEMBER TRAVEL
After our extensive travels in July and August, we stuck pretty close to home. It’s funny, but the more time we spend on the road, the more we seem to appreciate the comforts of our house. And of course, as our pregnancy progresses, the nesting instinct is kicking in, and we want to stay close to home anyways.

And though we didn’t venture out into the world ourselves, our friend Julien finally visited us from Canada (I say finally, because he’s a flight attendant and could’ve come much sooner!). We ended up playing tourist in our own city for a little while, which is always a worthwhile endeavour. Because of my big belly and declining energy levels, I couldn’t tour guide around as much as I wanted to, but we still managed a day out exploring Dongdaemun Design Plaza, Samcheong-dong and Garosugil, and what a gorgeous early fall day it was.

At Le Tatin, for our favourite breakfast crepes

The LED flowers at DDP are a permanent exhibition

Fortunately, Julien is pretty independent, and set out to explore Changdeokgung, the War Memorial of Korea and the Demilitiarized Zone between North and South Korea on his own. With my sister-in-law, Bora, he spent a silly evening in Hongdae, petting sheep at the Thanks Nature Cafe and posing it up at the Trick Art Museum.

Yes, we have cafes where you can pet sheep in Seoul

Panmunjom between North and South Korea

With girls in traditional handbooks for Korean Thanksgiving
*All photos in the above gallery: Julien Cornelius

EXPAT LIFE
Unsurprisingly, this month was mostly about baby. We had biweekly visits to the hospital, and in between, we tried to hunt down the perfect stroller and car seat. I found it completely overwhelming, especially in a foreign country, but I’m sure every new parent goes through the same process, whatever the language.

And though 3 separate moms recommended the BabyJogger City Mini stroller to us, we ended up going with a Korean brand – the Ryan Spin LX. Mostly because it was easier to buy here, after-service would be guaranteed, and well, the stroller seat does actually spin 360 degrees in a matter of seconds. :p

The gorgeous outdoor patio at Brotchen 1552

This month, when we weren’t drowning in all things baby, we were checking out a few places that Seoul expats have been buzzing about lately: a German bakery in Seocho-gu called Brotchen 1552, and a NYC inspired chicken/lamb on rice dish at Jil-hal Bros. And while Itaewon has always been known for it’s international food options, I have to say that the continuing and exponential globalization of Seoul’s food scene outside of the expat area is something that makes this particular food lover extremely happy.

People that don’t live in Itaewon need more options too!! 🙂

SEPTEMBER ON THE BLOG
So, despite my best laid plans, I didn’t manage to write half of what I wanted to (as usual). I blame it on baby. And Julien. 😉

This month, we posted the first of our Monthly Recaps, started our series on Budget Travel in the Maldives, participated in 1 of the Daily Post Weekly Photo Challenges, and squeezed in a last minute post about our total gluttony at Pierre Gagnaire à Séoul.

MOST POPULAR POST
This month, our post on Where to See the Cherry Blossoms in Korea was the most viewed, yet again! And I predict that this won’t change anytime soon, since we’re only getting closer and closer to cherry blossom season. I’m thinking that this might make this section of our monthly recap pretty repetitive and boring. Wouldn’t you agree?

So, I’ll highlight the post that I think, maybe, in my humble opinion, deserves to be the most popular post, instead.

Just yesterday, autumn blew into Seoul with a vengeance. Sure, it was technically earlier, but it was hard to accept it when the skies were bright blue, the sun was shining, and temperatures were still reaching 30 degrees! But seemingly overnight, temperatures dropped, it got breezier and the nostalgic feeling of fall permeated the air.

The changing of the leaves in Korea is just as popular as the cherry blossoms, and so, I think, the post worth reading right now is 7 Places to be Dazzled by Fall Foliage in Korea.

The seasonal change between summer and fall is truly a thing of beauty, with a riot of colour covering the entire country. And this post will fill you in on a few prime places to check it all out!

INSTAGRAM
True to form, since we weren’t really traveling in September, I hardly posted anything on Instagram. I think I really need to up my IG game, or get a new phone, since I’m still using my trusty old iPhone 4. Maybe a new phone will inspire me to take and post more pics. Well, it’s as good an excuse as any… :p

The most liked of the grand total of FOUR pics I posted for the month, was of the ornate detail on one of the doors at Bongeunsa Temple.

COMING UP IN OCTOBER
In October, we’ll finish off our series on Budget Travel in the Maldives, write a post about our third Take 6 Trips in Korea Challenge location, and hopefully, get back to blogging about our 2012 journey around the world.

One can always dream, right? 😉

How was your September? Are autumn leaves starting to colour your hometown too? 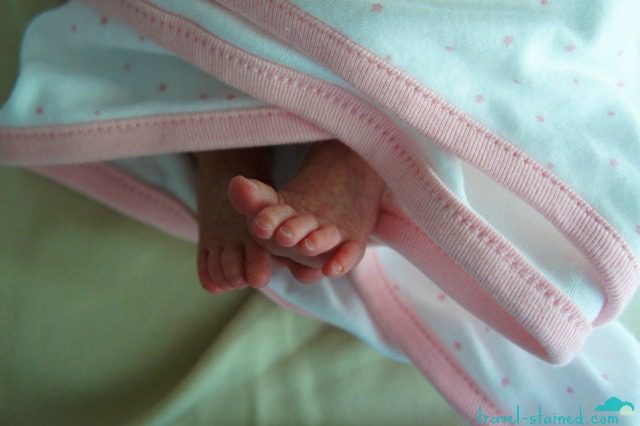