I’m definitely a city boy. I’ve lived in Rome, Athens, Toronto and Seoul. I like Paris, Hong Kong and Berlin. London and Bangkok…not so much. 😉

A full baseball stadium in Seoul

And then there are those that serve very little purpose on a travel itinerary. They exist simply as a pit stop for better things to come. Dar es Salaam? Fits the last category.

Dar is the capital of Tanzania, but most travellers view it as a launching pad to the great plains of the Serengeti or as an overnight transit to the beautiful isle of Zanzibar. There’s not much to do in Dar, not much to see, not much to experience. It’s kinda hard to find a good restaurant and difficult to find a decent cup of coffee.

The highlight was a fish market where fishermen auction their fish off, and the nearby street stalls where you can fry the fish you just bought. The city is run down, dark at night and very poor. One thing it is NOT, however, is dangerous. At least we didn’t think so.

Countless posts on Dar talk about how poor and dangerous it is, and how you should be careful roaming the streets at night. No one denies that there’s a lot of poverty in Dar. It’s obvious in the wear of people’s clothes, in the cabbies sleeping overnight in the back seats of their cars, and the dilapidated buildings.

Dar’s skyline from the safety of the hotel room

Because of these things, people jump to the conclusion that the city is dangerous by default. And it’s simply not so. Everywhere we went, we were greeted with genuine smiles and courtesy. We were even approached by strangers who simply wanted to talk to us out of genuine curiosity.

I even braved the streets at night a few times in search of better food, or a working TV that showed a soccer game. Ok mostly because of the soccer game. What can I say? The Euro Final was on. Yes, it was very dark and few people roamed the streets past dusk, but between the people going about their business, and despite the homeless on the ground, I never felt directly threatened.

The worst thing that happened to us was hiring a “history student” who was “about to” get his tour guide licence, but knew nothing of history and came with a wife in tow. But even that only cost 10 bucks and a couple of lunches.

An overpriced, but tasty fried fish

So if you ever happen to find yourself in Dar, be cautious, but do give it a shot. It might not impress you with great architectural structures, churches dominating over squares, or waterfronts full of quaint coffee shops and restaurants, but it is a city where people actually live, and you’ll never get insight into the culture if you don’t step out of your hotel.

Likely the worst thing that will happen to you is overpaying for fried fish.

Have you ever been to Dar es Salaam? Did you feel afraid in any way? What were your thoughts on the city? 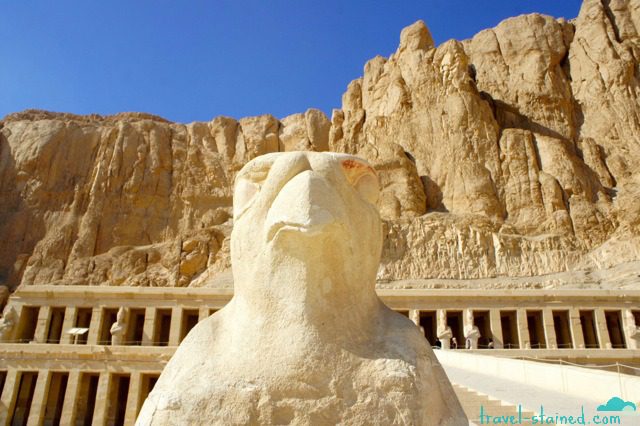 Scammed at Immigration! Why you should Get a Tanzania Visa Online