Once upon a time (1983), in a land far, far away (South Africa) a pair of jackass penguin lovers (real name, seriously) waddled their way onto False Bay’s Boulders Beach.

So comfortable were they in their sandy new home, that they began to lay eggs just 2 years later. They were nothing, if not prolific and by 1997, their colony had expanded to include 2350 adult birds.

Some were the progeny of our penguin lovers, but many others were immigrants from Dyer Island, drawn to the area by abundant food and favourable breeding sites.

Initially, the human residents of nearby Simon’s Town were enamoured with the plump, tuxedo-wearing creatures (who wouldn’t be?), but as the little jackasses began invading gardens, making a mess and braying late into the night, their allure quickly faded.

Before an all out feud broke out between the residents and the feathery folk, the Cape Peninsula National Park intervened and established board walks, fences and a visitor information centre, so that humans from far and wide, could visit too.

All is not perfect in our little tale however, because today, the penguins are in real trouble. Unsafe environments, climate change, oil spills and the impact of human settlements have decreased their numbers from millions in the 1930s, to under 1,200 breeding pairs today.

Moved to the endangered list in 2010, Boulders Beach is now the only place in the world where you can come nose to beak with one of these increasingly rare African penguins.

Visiting the Penguins at Boulders Beach

We highly recommend that you rent a car while in South Africa. It’s inexpensive, roads are quiet, the drivers are law-abiding and the scenery cannot be beat. Just remember to drive on the left-hand side of the road!

Boulders Beach is a short drive away from Cape Town. Drive south on the M3 (De Waal Drive) to get out of the city, and then turn right onto the M4, which runs along the east coast of the Cape Peninsula. Follow the signs to Simon’s Town, but watch for penguins along the way. Sometimes they go on “safari” and escape their fences.

You can also get to Simon’s Town via train. Timetables and information can be found on the Metrorail Western Cape Website.

Current conservation fees are R55 per adult and R25 per child. The most up-to-date information can be found on the Table Mountain National Park Website. 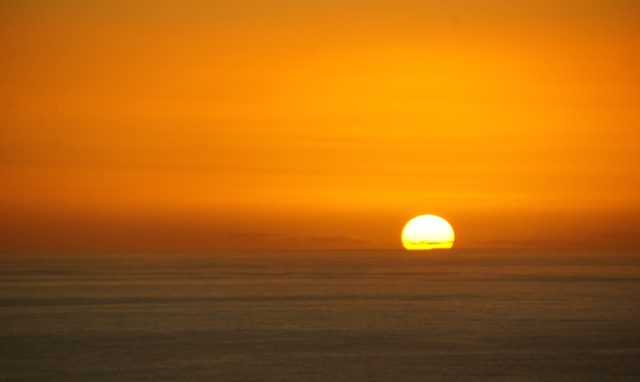