Dawn breaks, and no one is in the hut. Felipe is somewhere meditating, Poncho and Omar are already in the water, battling the high waves. A quick dip in the water, a weak Colombian coffee, and we find ourselves on the road again, Latin tunes blasting out the car window.

An hour later we reach the parking area for the Quebrada Valencia, a majestic waterfall that appears suddenly in the middle of the Colombian rainforest. Here, for a small sum, you can take a detour to Chicago or Miami, the Spanish equivalent to number 1 and 2. I opt for Chicago. You can decide which one that is.

Walking through the Colombian rainforest

To get to the waterfalls, you have to take a walk through the Sierra Nevada de Santa Marta National Park. The forest is very beautiful with trees as old as time. As we stroll leisurely through the park, we run into some of the local inhabitants, the indigenous Wayuu people. Looking at their white robes and Pocahontas style hair, it feels as though we’ve entered another time. Also hidden somewhere in the park is the Ciudad Perdida, or Lost City of the Tayrona people, which was built 650 years before Machu Picchu and only discovered in 1975.

The waterfalls seem just as well hidden, 30 minutes in and there’s still no sight of them. When they do finally appear, we are suitably impressed by the sight. A series of falls cascade from rock to rock, forming pools around the locals lounging in the cool water. This is a perfect habitat for the Bears.

On the Quebrada Valencia

The water is refreshing, but not cold, the pools are deep enough for a good swim, and large enough not to feel crowded.

Basking in the sun, I see the locals climbing up onto the rocky cliffs and diving into the water. It’s a challenge I cannot refuse. Looking upwards, the height seems to be no more than 10 meters or so, a piece of cake…that is, until you stand on the ledge. I can’t remember the last time I dove from this height, I must’ve been thirteen at most.

Trying to gather my courage

I summon up my courage and decide to try a head-first dive, but my legs won’t seem to budge. Ten seconds pass, fifteen, twenty, and everyone is staring at me. I have to dive but can’t seem to. I figure I’ll compromise and go for a jump. I jump, get out of the water, but my ego is bruised, along with my legs. I climb up again, possessed by the challenge and still, I can’t seem to make the dive. It takes a few tries and a bagful of embarrassment until I finally make the awkward dive. Life’s good again. Phew.

The falls are really nice, but we have to move again. We walk back to the car, and from there, drive the few hours to Lucas’ farm. Lucas himself awaits us at the intersection. He’s a genuine guy with a nice smile. The road is rough enough and the 4×4 barely makes it, but we reach the huts in one piece (not too sure about the car though).

This place is paradise. The huts are between the river, the coconut plantation and the mighty sea. There are no doors, no indoor plumbing and none of the luxuries of the modern world. We’re completely off the grid. Light is provided by the sun, 12 hours a day and everyone gets to sleep in hammocks, except the two Gringos, there’s a bed for us, if we want it.

Lunch awaits us. It’s fried fish, rice and “chips,” the first of many we would have that week. The fish is either freshly caught, or bought for pennies on the beach that morning. There is no food supply in the area. The only choices are to fish, grow your own food, or order groceries from Palomino, the nearest town. But of course, they have to bring them by scooter and at a premium.

People here live off the fat of the land. Fish and coconuts are the main staples. Depending on the catch, there may be some shrimp. The snacks we brought with us, are luxuries of another world, and we’re very grateful.

Lucas is in his early forties, and he’s lived here all his life. It takes us no time at all to adjust to his rhythm of life. The mornings start with sunrise, weak coffee and a bath in the river (once in a while). For breakfast, we fear it might be fish again, but thanks to Felipe, we somehow get french toast from an open fire.

For the rest of the day, we sit around in hammocks, some toss a line hoping for a fish, kids come and go on horses to their local “school”, an outdoor hut. We play with the plantation dogs and their puppies, have a hand of dominoes, kick the ball around. Shelley’s into her books, thank god for the Kindle and it’s thirty days of battery.

Drinking rum in the water with the caymans

Often, Omar, Poncho and I go for a swim, preferring the calmness of the river and the danger of caymans. We chat, sip on ron (Colombian rum), throw rocks at other rocks and before you know it, its lunch/dinner time again. We help out with the cooking and I learn how to clean and gut a fish, before rolling it in flour and salt for frying.

Taking a bath in the lagoon

We chat some more, have another hand of dominoes and in the blink of an eye, 4 days have passed. It’s amazing how fast time goes by when you have nothing to do. Nothing, but a lot at the same time. It’s time to go, to leave this paradise behind and keep it in our minds.

Virgin beaches next to the plantation

We’re not ready to leave, we’d stay for at least another month, but Brazil awaits us. We bid our friends farewell, with sorrow in our hearts, wondering when we’ll see them again. One more reason to return to beautiful Colombia. 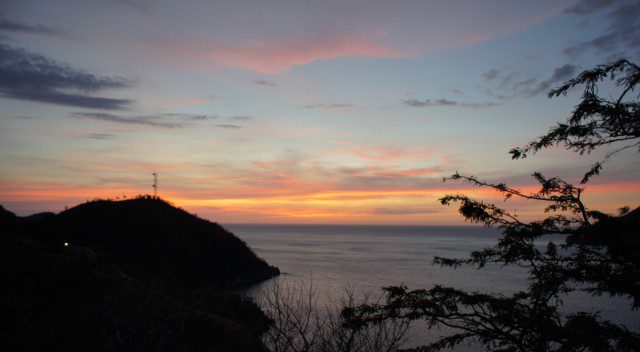 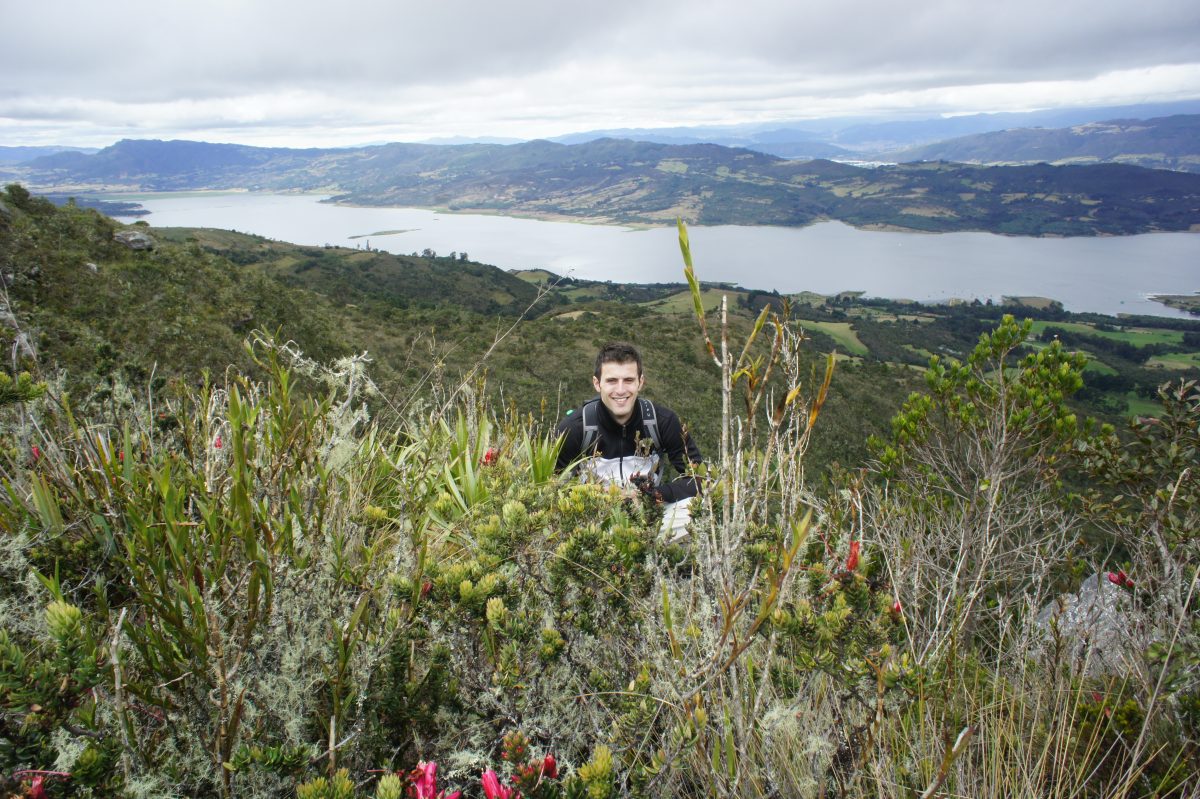