My first, most obvious choice for this week’s photo challenge, was a pretty shot of an airplane wing, floating high above the skies of Bangkok. After all, what could have more weight, yet be more weightless, than an airplane?

But then, I remembered a massive stone I’d seen on a visit to the ancient town of Mamallapuram, India. When I found out it was called KRISHNA’S BUTTER BALL, a full post had to be dedicated to the gravity-defying lump of lard. Clearly.

Perched magically on a steeply sloping rock, the monolithic stone weighs over 250 tonnes, and is over 20 feet in height. It’s also immovable…at least by the force of 7 elephants.

The spherical stone gets it’s gratifying moniker from Hindu mythology which remarkably describes the god, Krishna, as a butter-stealing baby, who’s apparently as butter-fingered, as he is butter-loving. Because he drops a glob of his treasure to earth to become Krishna’s Butter Ball. I guess gods are clumsy like that…

When we visited, we were lucky enough to happen upon a Kollywood scene being filmed. That is, until an errant goat decided to seek shelter from the searing sun, under the shade of the massive boulder. What ensued was 20 minutes of hapless production assistants attempting to chase the creature out from under it’s cooling shadow, without much luck. 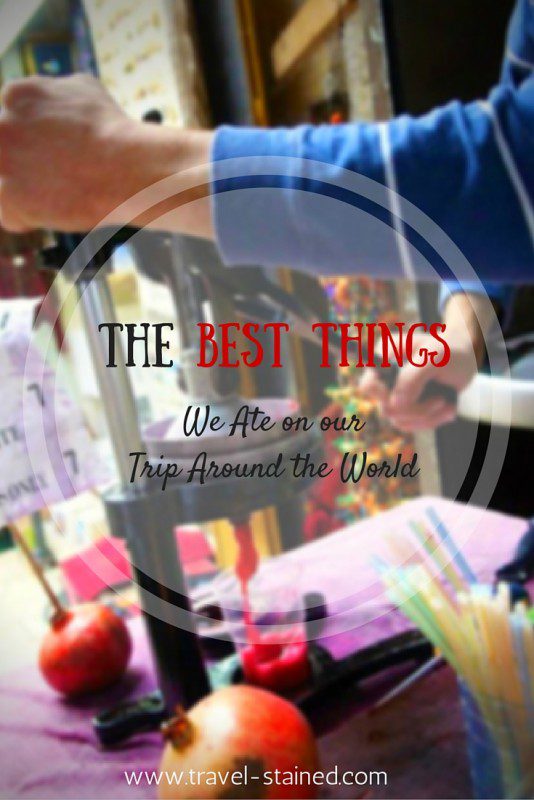