The area around Seoul’s Jamsilsaenae Station might seem like a wasteland of intestine barbecue restaurants, chain cafes, hofs, and claw arcades, but there’s a few hidden gems to be found amongst the riffraff.

*This post may contain affiliate links. Read our disclosure.

This area of Seoul isn’t on the tourist radar, unless you’re going to a concert or baseball game at the nearby Sports Complex, but it’s one of the most high demand areas of the city to live. There are 3 huge apartment complexes, each made up of over 60 high rise buildings, taking up 3 whole city blocks, right around Jamsilsaenae Station.

Most of these apartments have a jeonse price hovering around $1M for a 2 year contract, due to the incredibly high demand. And with all those families living here, you can bet there’s a ton of services, food, and cafes within walking distance to provide for all those thousands of people.

This is a very Korean part of the city. You won’t find many foreigners or travellers just wandering around, but I’d say that it’s still, strangely, one of the most international parts of the city. Almost everyone I’ve met that lives in this neighbourhood has spent time living overseas, speaks English reasonably well (especially the moms!), and has more “western-style” etiquette. At least in my experience. Head to Jamsilsaenae to get a taste of everyday local life in Seoul.

AWESOME THINGS TO DO NEARBY

The proximity to nearby Lotte World, the Seoul Sky Tower, Seokchon Lake, and the Hangang River Parks is a big part of why Koreans enjoy living in Jamsilsaenae. Check out these awesome things to do in nearby Jamsil. Yes, it’s walking distance!

> Lotte World is a super popular theme park in the middle of the city, with both indoor and outdoor spaces, and rides for all ages. Get discounted 1 Day Passes to Lotte World, Combo Tickets, and Magic Passes here.

> The Lotte World Tower Seoul Sky Observatory has the best views in Seoul. Ride one of the fastest elevators in the world, and see the location for Korean television shows like, “Infinite Challenge” and “My Little Old Boy.” Enjoy views from Korea’s tallest building with discounted tickets.

Where to eat around Jamsilsaenae Station

Like most Seoulites, I spend most of my time close to home. Not just because the city is so incredibly vast, but because population density is so high, you can usually find everything you need from medical professionals to lawyers to spas to continuing education within a few blocks of where you live.

And so, despite the fact that some of the best Korean food and foreign restaurants I actually want to eat at are all the way over in Jongno-gu, Mapo-gu, or clustered around Itaewon somewhere, I mostly have to make do with what’s nearby and easily accessible. Otherwise, I’d be spending half my life on the subway.

Most restaurants can be found on the food street, or winding side streets behind Jamsilsaenae Station. You’ll find a lot of well-known brands, including Starbucks (TWICE!), McDonalds, Burger King, and whatever else you can imagine, as well as mom and pop shops, and cafes.

The places I’ve recommended below are at least a little bit unique for the area, offer good value and quality, or are just plain delicious. Check them out next time you find yourself near Jamsilsaenae Station!

It’s tempting to give Bon Bon Sandwich a pass because of its very strange location near the entrance of the 새마을시장, right across from a butcher where the smell of animal is alive and well.

You’d be missing out though.

Because the owner bakes his crusty French style baguettes right on site, and while not 100% super authentic, the sandwiches are delicious, filling and affordable. Choose from bahn mi, philly cheesesteak, beef taco or jerk chicken.

Admittedly, there’s fried chicken joints on every other corner of every other street in Korea, and everyone has a favourite. I’m not ashamed to admit I’ve tried enough fried chicken in Seoul to have a good basis for comparison.

쌀통닭 is the clear winner in my books. This is one of the best places to have fried chicken in Korea, never mind in Jamsilsaenae.

Their original coating is light, extra crunchy and has the kind of seasoning and spice that makes you keep eating far beyond when you should. Probably because it’s made from rice flour, instead of breading. One bird costs from 15,900 to 19,900 won, depending on whether it’s boneless or not and the type of sauce, topping etc… and arrives at your house on a bed of shrimp chips along with the requisite pickled radish and a Pepsi.

Be warned though – on busy nights, they’ve been known NOT to answer the phone, and delivery can take up to an hour. If you’ve got a serious fried chicken hankering, order early. Or better yet, go to the restaurant and eat it there.

화덕고깃간 is a rare find not just near Jamsilsaenae Station, but in Seoul itself. Not just because it’s the only one in the city (the other being in Daegu), but because it’s one of the few bbq places in Korea that sears its meat over an actual wood fire at your table.

Every person I’ve brought to this restaurant, Korean or not, has said it’s the best pork belly they’ve had in the country. It comes with a huge array of refillable sides, kimchi jiggae, a complementary skewer of veggies, and best of all, it doesn’t break the bank.

If you stay long enough, you might even get a chance to win some fire-roasted sweet potatoes with a game of rock, paper, scissors.

Located on the B1 level of the Trizium 상가 attached to Jamsilsaenae Station, Le Tatin is one of those hidden gems that doesn’t get much press, but survives with a quality product, affordable prices and a great location.

The owner, Wonwoo Lee, trained at New York’s prestigious Institute of Culinary Arts and that’s something you can taste in his savoury and sweet crepes, and baked goods. Everything is authentic, satisfying and super affordable.

Jamsilsaenae Station used to be called Sincheon (신천) station, but was changed to avoid all the confusion between it and Sinchon (신촌) station. Sinchon is located on the exact opposite corner of the city, all the way over by Hongdae, so going to the wrong station is a big deal.

I still hear a lot of confusion amongst visitors AND Koreans, since Jamsilsaenae isn’t all that different from Jamsil (잠실), or Jamsillaru (잠실나). Enough people make mistakes though, that they’ve placed huge signs on the subway platform, near the stairs, that say “This is is Jamsilsaenae Station!” All I can say is, at least you’re just a few stops away from the right stop, instead of an hour subway ride away, if you make a mistake.

Where do you live in Seoul? Are there any hidden gems in your neighbourhood? Tell us all about them in the comments below. We’d love to hear from you. 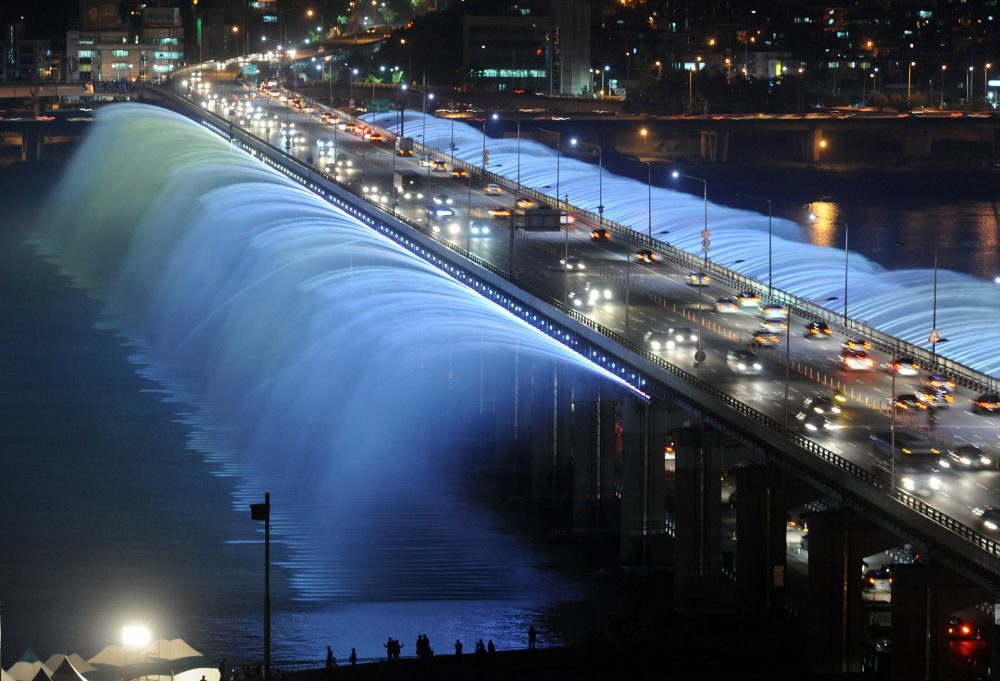 Affordable Facials in Seoul | What to expect + where to go