The humble coastal town of Hermanus on South Africa’s Western Cape is famous for one thing, and one thing only. It’s the world’s best place for land-based whale watching.

From June to December, Southern Right whales migrate from the icy feeding grounds off of Antarctica to the more temperate waters around South Africa, making Hermanus one of those rare places where it’s possible to catch a glimpse of these giant creatures without ever setting foot on a boat.

However, this wasn’t always the case. In the early 20th Century, 20,000 Southern Right Whales, which were large, slow-moving and rich in oil and baleen, were killed by whalers and the species was brought to the brink of extinction. Thankfully, drastic action was taken, and since 1935, these magnificent mammals have been protected in South African waters, allowing them the opportunity to make a slow comeback.

These days, some 6,500 whales mate, calve and rear their young just metres from Hermanus’ rocky coast, giving you a shot at spotting a whale, without ever leaving land. Twelve kilometres of cliffside paths, along with interpretive signs, make this even easier. The town even has an official Whale Crier, who alerts visitors to whale sightings along the paths, by blowing his kelp horn!

“The World’s Only Whale Crier,” by NH53, CC Attribution

The prospect of seeing one of these gorgeous creatures in its natural habitat was enough to make Hermanus our first stop on African soil. We would arrive at the very beginning of whale watching season, so odds of a sighting were a bit lower, but we were willing to take the chance.

By the time we picked up our rental car, figured out how to drive on the left-hand side of the road, and made our way to our Hermanus bed and breakfast, it was already late in the evening, but a few whale sightings had already been reported.

It was encouraging to say the least.

Our first glimpse of African Soil

Which side of the road am I supposed to drive on?

Finally on the road to Hermanus

The next morning, we made our way onto the cliffside paths, and started scouting the water. I wondered how difficult it would be to spot a whale in the crashing waves. We scanned the ocean, desperately looking for the splash of a huge tail fin, our ears alert for the sound of the Whale Crier’s horn.

No luck on Hermanus’ cliffs

Neither appeared, but we were not ready to admit defeat quite yet. A drive along the Whale Route was in order. We grabbed take-out coffee (a real pleasure after traveling in South America for 3 months, where brewed coffee is non-existent), hopped in our car and set out on a search for the elusive whales.

Sadly, we were outwitted by the massive, slow-moving creatures, and not a single whale crossed our path.

With the Atlantic Ocean on one side and the mountains on the other, it’s a marvelous drive, with or without a whale sighting.

Have you been whale watching? Were you luckier than us? 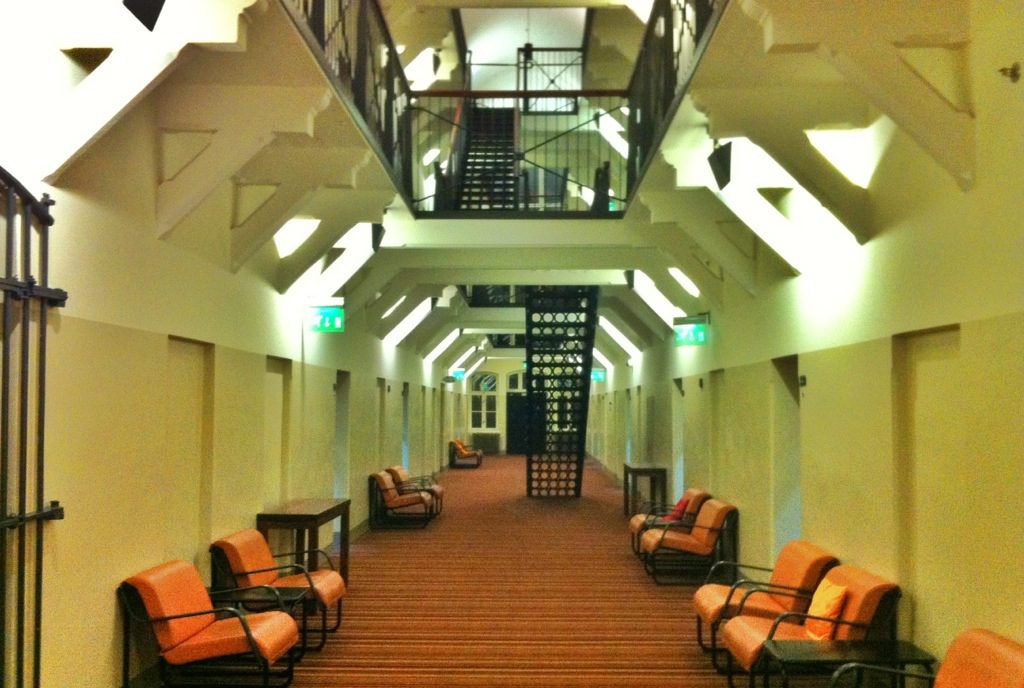