Argentina: A Traveler’s Tango No More

Tango on the streets of Buenos Aires

If you plan on traveling the world for a year, you’ll have to budget. There’s no way around it. One strategy is to divide your time appropriately between expensive and inexpensive countries. You expect Europe to be expensive and South East Asia to be cheaper, so you do some informal research and ask other travelers what their costs were when they were in certain countries. The answers you get are usually pretty informative.

Not so when it comes to Argentina.

Ask any traveler who’s been to Argentina in the last 3 to 5 years, and they’ll tell you it’s dirt cheap. I cannot even count the number of times people told us it was possible to have a steak that’s bigger than the plate, fries, salad and wine for $7-8.

So we budgeted $70 to $80 per day for our month long stay and soon realized that those figures were dead wrong. It was more like $110 per day (and that’s without doing much other than sleeping, eating and traveling between cities by bus). $7-8 for a steak? Fuhgedabboutit. You’re lucky if you can get 2 cafes con leche for that price. In fact, for us, Argentina was even more expensive than Brazil (the 5th largest economy in the world!)

Beautiful buildings built during the height of Argentina’s economy

Once a migrant’s dream and one of the richest countries in the world, this South American giant is now falling into the third world category, faster than a skydiver without a chute. Talk to any Argentinian and they’ll tell you that things are bad – really bad – and that there’s no light at the end of the tunnel. Unemployment is high, the middle class is shrinking, crime rates are up, education quality is down and inflation is at 30%. All this makes for a whole lot of pessimism, which is a shame considering the beauty of the country and the grace of it’s people.

What could possibly make the country and the government perform so badly? To truly understand the country’s current economic plight, you have to dig deep into the history of the country. Something I, for one, particularly enjoy.

Argentina is a country that has been in political turmoil from the moment it gained independence from it’s Spanish overlords, back in 1816. In fact, one could conclude, perhaps a bit oddly, that the history of Argentina really starts across the sea in early 19th century Europe.

How so? Well, in the early 1800s, Napoleon Bonaparte conquered Spain and thus also ruled her colonies. During French rule, the Enlightenment ideas of social justice, freedom and equality spread rapidly through the colonies. By the time the Spanish King, Ferdinand the 7th regained power from France, they found their colonies in revolt and thirsty for independence.

Meanwhile down in South America, patriots like San Martin and Artigas had fought for and won Argentina’s independence in 1816. Soon though, the very people that had united and fought for independence, were divided amongst themselves. The Centralists wanted the aristocracy of Buenos Aires to rule the country, while the Federalists wanted the provinces to have a share in governing the country.

The British, masters of the “divide and conquer” concept, took advantage of the power vacuum left behind by the Spanish, and augmented the Argentinian internal struggle by supporting the Centralist forces of Buenos Aires.

Concurrently, the Industrial Revolution was happening in Britain and they were looking for new ways to expand their markets. And they found it in Argentina. In return for British help, the fat cats of Buenos Aires promised to adopt Adam Smith’s ideas of free trade, nipping in the bud the industrial output of leather goods by the Argentinian provinces. Now all the products had to be imported from England. This put the poorer provinces at a disadvantage, while the Buenos Aires aristocracy got richer by collecting customs fees on imported products in it’s ports. At the same time, Argentina accepted astronomical loans from British banks to facilitate the development of railways built by British companies, thus increasing the public debt.

Fast forward to the twentieth century, where the British masters were replaced by the Americans, a different musician playing the same tune. In this instance, Argentina borrowed money from American banks to hire American companies to undertake projects in Argentina.

The effect of these British and American policies left Argentina with little viable industry aside from meat-packing.

All of this changed when Juan Peron came to power in 1944. He nationalized the then private Central Bank and many Argentinian industries. The three flags of his policy were Social Justice, Economic Independence, and Political Sovereignty, which sounded like communism to the ears of US politicians.

Peron moved forward ambitious economic policies to industrialize Argentina, redistribute social welfare and modernize the country’s infrastructure. In the first 6 years of his rule (1946-1952) industrial output grew by 40%, the economy was diversified, and transportation, communication and energy were greatly improved.

He was responsible for creating the Aerolineas Argentinas, as well as the first Latin American atomic power-plants. The country was now producing good aircraft models and building new cars. Foreign industrial groups were invited to open new factories here, attracting FIAT and many other Western powerhouses. Peron and his wife Evita, built hospitals and schools and the general welfare of the Argentinian public grew considerably. No wonder Argentinians still talk about him 40 years after his death.

However, this was also a time of high inflation and growing social unrest. Peron was regarded by many as a dictator, as he often tried to quelch any popular dissent. The higher classes resented improvements in working conditions, and the Catholic Church disliked Peron’s progressive social agenda of legalizing divorce and prostitution.

As a result, the Catholics started targeting the President’s image in the media, and when Peron expelled two priests for such deeds, Pope Pius XII retaliated by excommunicating him. The following day Peron called for a rally of support in the famous Plaza de Mayo to defy the Pope and show the world how much the people supported him. Instead, two rogue Navy Jet fighters flew overhead and dropped bombs killing hundreds, before seeking refuge in neighbouring Uruguay.

Three months later, with the support of the clergy, members of the army, the Buenos Aires wealthy, as well as the US, new right wing military groups were formed and executed a coup d’etat that Peron could not avoid. He ended up fleeing for his life to Venezuela.

Over the next 20 years, Catholic groups jostled for power with the unions, while the army completed a series of coup d’etats whenever the government was to fall into Peronist’s hands. Peron, who was still widely popular, was pulling strings and dictating policy from afar, having the unions doing his bidding. The economy was in decline throughout these years, with left and right wing factions pursuing different agendas and fiercely opposing each other.

Finally, in 1973, thanks to a friendly government, Peron, now an old man, was able to return from exile and was re-elected President for another brief term before dying of pneumonia in 1974. Upon his death, the army moved in and erased everything Peron and the Peronists had achieved and stood for.

The military junta that ruled from 1976-1983, ramped up the “Dirty War”, combining the prosecution of political dissidents with state terrorism. Up to 30,000 people died during this time, many of them the so called “Desaparecidos” or “Disappeared” – people who were kidnapped and executed without trial or record.

Evidence suggests that many were thrown out of airplanes high above the sea with their feet encased in cement. Sometimes, the orphan babies of the “Disappeared” mothers were given to members of the army. Their mothers hold weekly protests in the Plaza de Mayo to this day, calling for justice.

The Mothers of the Disappeared in Protest

The Mothers protest once a week in Buenos Aires

As if terrorizing it’s own people was not enough, the army decided that destroying what was left of the economy would be a good idea. To quote my dear friend Wikipedia:

“The dictatorship’s chief economist, José Alfredo Martínez de Hoz, advanced a disorganized, corrupt, monetarist policy of financial liberalization that increased the debt burden and interrupted industrial development and upward social mobility; over 400,000 companies of all sizes went bankrupt by 1982, and economic decisions made from 1983 through 2001 failed to reverse the situation. Record foreign debt interest payments, tax evasion and capital flight resulted in a balance of payments crisis that plagued Argentina with severe stagflation from 1975 to 1990.”

Today, a US dollar buys 4.9 pesos in an official context, but on the black market, you can get 6.5 for it. It is extremely difficult to access US dollars in the country, and tourists coming in with American money are treated like kings. Inflation is still rampant at 30% per year (according to the locals) making goods inaccessible for Argentinians and foreigners alike. An overnight bus ticket that cost $10, just 3 years ago, costs about $22 today. No wonder we saw men dressed in full business suits, digging for empty bottles in garbage cans and spare change in phone booths.

The reality is that Argentina is no longer the budget destination it was 5 years ago, though it soon will be once more. A crash is in the air and everyone knows it’s coming… 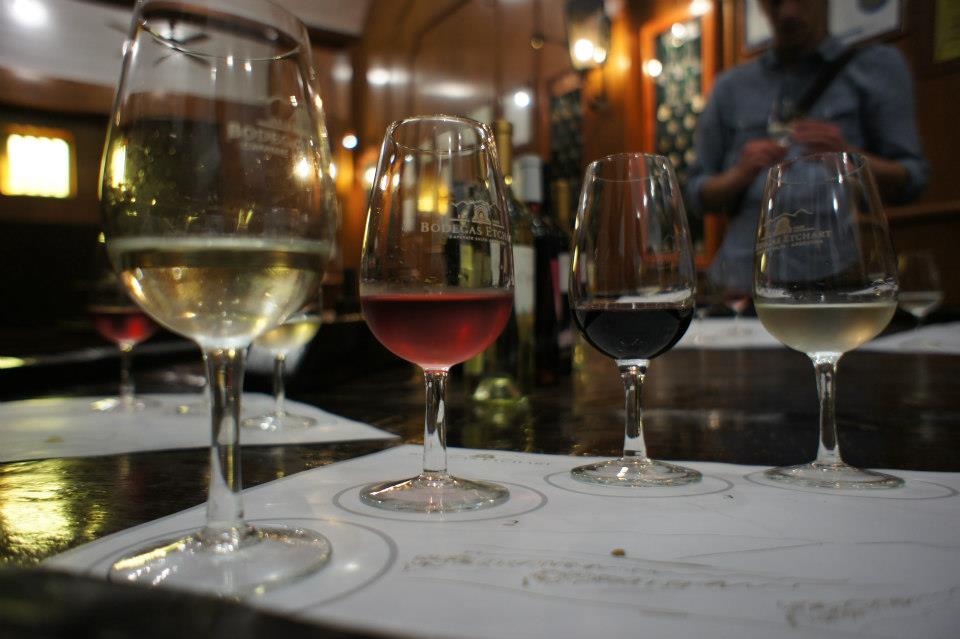