Dim Sum at the Cheapest Michelin Starred Restaurant in the World

Hong Kong, with its varied culinary scene, is spoiled for choice when it comes to the Michelin Guide. In 2015, there are no less than 64 different restaurants to choose from.

This city has 64 Michelin starred restaurants in it.

There’s French contemporary at L’atelier de Joel Robuchon – where a discovery menu costs $300, Sushi Shikon – where 12 pieces of nigiri sushi will set you back $250, or “Sumptuous Cantonese Dining” at the Shangri-la’s Shang Palace. It’s enough to make you want to rob a bank.

Of course, I wasn’t too interested in a prison sentence, so the only restaurant I wanted to check out, was humble hole-in-the-wall, Tim Ho Wan, or, the cheapest Michelin starred restaurant in the world. The promise of high quality dim sum at down and dirty prices was too much for me to resist.

Long before it was awarded a Michelin star in 2010, Tim Ho Wan was notorious for it’s crazy queues. In a city already obsessed with dim sum, who could forgo the chance to dine on one of Chef Mak Kwai Pui’s creations, at such a low price – he of 3 Michelin-starred Lung King Heen fame.

Stories of 3-5 hour waits abound, but thankfully, when we arrived at the restaurant, it was only half full, despite the fact that we’d shown up 1 minute after opening. Within minutes, the rest of the tables filled up and a small line formed outside its doors. No matter though, we were safely in our seats, and proceeded to order the signature Char Siu Bao, steamed beef balls, Siu Mai and a new menu item – an almond covered taro ball with chicken.

The verdict? The Sui Mai and Char Sui Bao were delicious, but didn’t stand out as much more exceptional than other high quality dim sum restaurants I’ve been to. The taro ball didn’t do it for me, but admittedly, I’ve never been a huge fan of the purple potato. The highlight was definitely the steamed beef ball with bean curd skin. It’s one of my favourite dim sum dishes, so I’ve had it many times. At Tim Ho Wan, the modest beef ball was elevated to a delectable morsel of texture and taste.

Overall, I’d say the food was flavourful, non-greasy and obviously well prepared, but not extraordinary. No, the thing that makes Tim Ho Wan extraordinary is the quality to price ratio.

Where else in the world can you have a Michelin quality meal for $5/person?

Our Tips for Visiting

1. Show up early or show up late. Don’t go right at peak time, or you’ll probably have to queue.
2. These days there are multiple locations of Tim Ho Wan. Some locations are busier than others. Plan accordingly.
3. Go with an empty stomach and eat as much as you can. There are few places in the world, let alone a Michelin starred one, where you can eat the entire menu for less than $75. (You won’t be able to, but you can try). 😉

Have you visited any Michelin starred restaurants? What was your experience like? 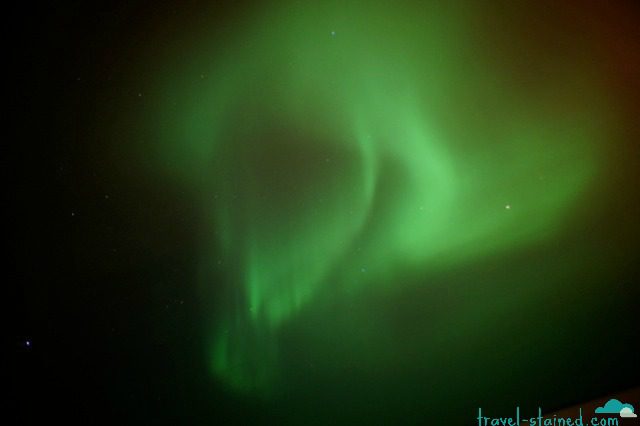