Our week in Jerusalem was so dramatic, that we took a break from posting in chronological order to post about what was happening there. I mean, really, what are the odds of arriving in a country, the day they go to war?!

After a rather chaotic arrival in Rio, where we missed our bus stop and had to backtrack on another local bus (damn that Portuguese!), we finally made it to our first Air BnB rental of the trip – a private room in an apartment a few blocks away from Copacabana.

We were most anxious to check out the world famous beach, among other things, so after a quick meet and greet with our host, we headed out the door to explore one of the world’s great cities. Known by the locals (Cariocas) as the Cidade Maravilhosa, or the Marvelous City, Rio really delivers.

Divided into 4 districts – Centro, Zona Sul, Zona Norte and Zona Oeste – Rio de Janeiro is the second largest city in Brazil. It’s breathtaking natural harbour is surrounded by spectacular geographic features like Sugar Loaf Mountain and Corcovado Peak, where the Christo statue resides and some of the world’s best beaches. So beautiful is the marvelous city’s harbour, that it’s considered to be one of the Seven Natural Wonders of the World.

Our first sight of this World Wonder was one of awe. It is truly stunning and unlike any other harbour I’ve ever had the privilege of seeing.

Unfortunately, Rio also has a frightful reputation for crime and violence, with it’s drug lord run favelas sitting side by side with it’s middle class neighbourhoods.

A Brazilian favela or slum

With Rio set to host the 2014 World Cup and the 2016 Summer Olympics, the city has a lot of work to do to enjoy it’s moment in the spotlight. Can the marvelous city succeed?

In our short experience, I think so. Despite reading warnings about walking along Copacabana Beach at night for fear of being robbed, we were able to do this quite safely and pleasantly, along with moms and their babies, joggers, and couples out for a romantic walk. The entire boardwalk was brightly lit with floodlights, full of people, and constantly patrolled by the police.

We spent most of our time in the Zona Sul (South Zone), wandering the streets between Ipanema, Copacabana and Leblon beaches. At every corner, we were greeted with fresh juice bars, friendly locals, clean streets and modern cafes and restaurants. After treating ourselves to the freshest mango juice on the planet at Big Bi, we parked ourselves on a wide, sandy stretch of Copacabana real estate and prepared for a day of pure relaxation.

A wide stretch of perfect sand on Copacabana Beach

Enjoying one of many Big Bi fresh juices

All around us, the Cariocas of Rio were tanning, playing football and enjoying life. Vendors walked up and down the beach, selling pineapple, frozen acai, skewered shrimps and racks of the tiniest bikinis imaginable. We could’ve spent the next 2 days just sitting on that gorgeous beach, watching the high, blue waves, but the rest of Rio awaited us.

Positively bursting at the seams with amazing tourist sights, it’s difficult to have to choose, but in the interests of time and budget, we’d narrowed it down to:
1) the Escadaria Selarón
2) Christo the Redeemer statue on Corcovado mountain
3) a walk around the historic downtown core
4) lots of beach time

Our first day had been spent soaking up the vibes of Copacabana Beach, so Day 2 was dedicated to seeing the Centro or downtown core.

A quick tip here: Don’t visit the downtown cores of large South American cities on Sundays. For some reason, or more likely because of extraordinarily bad planning, we kept ending up in the Centro’s of Brazil’s cities on Sunday afternoons. And well, Sunday afternoon in downtown Rio or Sao Paulo is not very nice. All of the shops are basically boarded up or closed, the streets are deserted and it can feel dangerous.

The deserted and somewhat scary streets of Rio’s Centro

We did manage to find one pretty cool (or weird) modern art exhibition, and see the outside of some historic buildings, but other than that, there wasn’t much else to do, so we hightailed it out of the danger zone and back to the Zona Sul, it’s clean streets and it’s refreshing fruit juices.

Jorge Selarón’s tribute to the Brazilian people: The Escadaria Selarón

Our next day was spent exploring the famous Escadaria Selarón. The work of Chilean born artist Jorge Selarón, he began renovating the steps along the Rua Manuel Carneiro, in front of his house in 1990. Initially mocked for his “tribute to the Brazilian people,” the 250 steps are now covered in over 2000 tiles collected from all over the world, and have been featured in famous magazines, as well as Snoop Dogg’s Beautiful music video.

And the steps truly are “beautiful.” You can spend hours just sitting on them and examining the different tiles. The best part? It’s totally free. Talk about a labour of love!

How to Get There: The closest Metro station is Cinelandia. Once there, ask a local how to get to the Escadaria Selarón. It’s a 5 minute walk away. 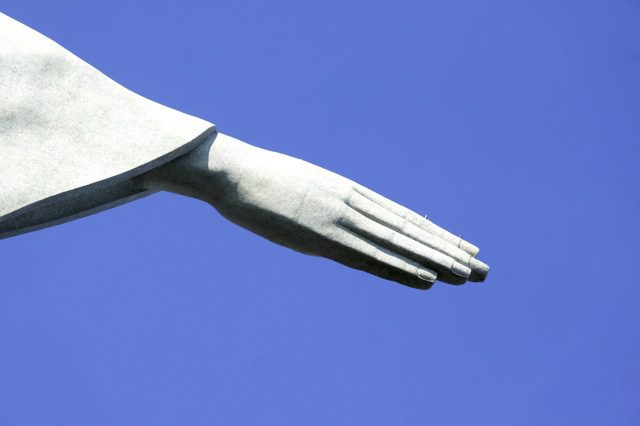