If you’ve never traveled by sleeper bus in China, then count yourself among the lucky ones.

Back in 2009, before we settled in Korea, before we had any idea where life would take us, we found ourselves sardined into the back row of a Chinese sleeper bus with Jurgen, the German, and a Chinese woman complete with baby.

The journey by sleeper bus is unforgettable

With 5 beds stuck together, the 30 hour journey was long, sticky and not entirely comfortable. In such close quarters, we really had no choice but to get acquainted with our bedmates.

It wasn’t too difficult, as us “westerners” bonded over our mutual disgust of one particular Chinese traveler, who kept spitting into the aisle of the bus in front of us. Yes, INSIDE the bus. A shared moment of fear, when our bus was cut off by a wayward auto rickshaw, and nearly ended up in the ditch, were it not for the desperate actions of a driver who’d clearly experienced and survived such chaos before, sealed our connection for the remainder of the journey.

We learned that Jurgen traveled through SE Asian markets, searching for antique weights to sell in Germany. He was on his 4th or 5th trip to Burma and raved about the country as the ultimate travel destination. Looking back now that Burma’s opened her doors to tourism, I wish we’d made the effort to get there while the country was still relatively untouched. We didn’t, and it’s a definite travel regret.

We were traveling from Kunming, China’s Spring City, and capital of Yunnan Province to Luang Prabang in Laos. There’s 1 direct bus, daily that travels this route.

After leaving Kunming, we drove 800 odd kilometres, and found ourselves at Mohan, on the Chinese side of the border, early enough to witness soldiers running unexpectedly from every direction for a daily flag raising ceremony.

Waiting at Mohan, on the Chinese side of the border

From there, it was a quick stroll through the border to Boten in Laos, where we purchased our visas on arrival and settled in for a long wait, while the the border guards and bus driver worked out some kind of bribe, according to Jurgen.

Perhaps the situation has improved since we crossed in 2009, but at the time, the border crossing was pretty corrupt. Shirley, a Chinese traveler we met, purchased her visa at one window, and moved onto the next one, only to have the border guard, just cross it out, and ask for more money. A veteran of such crossings, she simply refused to move, until they re-issued her visa. Jurgen, himself, suggested we slip a few American dollars into our passport, when we handed it over for processing. We didn’t, but thankfully didn’t have any issues, but best to be aware of potential issues.

Getting visas on arrival in Laos

The Lao side of the border

A long wait with Beer Lao, in the early morning

Our 30 hour journey was over 5 years ago, so I must admit that my memory of times, details and costs are a bit fuzzy, but there is some good information on THIS BLOG.

Have you ever taken a sleeper bus or an extremely long overland journey? What was your experience like? Would you do it again? 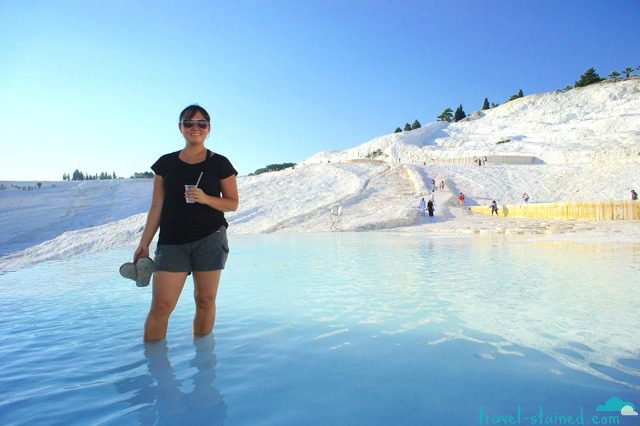