3 Things I love about Seoul, My Favourite City

At no time in history, have more people lived in cities than right now. As our world becomes increasingly global – humans – rather than spreading out and taking advantage of the millions of acres of space available to us, choose to reside in densely concentrated pockets instead. Kind of ironic, isn’t it?

In this day and age, you could argue that the idea of city is more important than that of country. When you think of China, it’s Shanghai or Beijing, that has an impact. You don’t think about the minorities of Yunnan Province or the Muslim Quarter of Xi’an, which are just as much China, as these huge metropolises are. Our impression of a “country” is mostly comprised of what’s going on in the biggest cities.

I’d even go so far as to argue that it’s not countries competing with each other to attract the best and the brightest these days…it’s cities. People don’t pick up and go to UAE. They go to Dubai. Sure, a beach break is totally restorative, but it’s cities that have the power to move, excite and exhilarate us. It’s cities that have the energy, creativity and pure human capital necessary for innovation. Cities incubate the seeds of our future.

Dongdaemun Design Plaza: Seoul’s UFO in the middle of the city

Between night and day on the Seoul subway

What makes a city great? How do you decide which of all of the thousands of cities in the world, is your favourite? The choice is as unique as a snowflake in a Canadian blizzard, because every city has a character, habit and culture that’s all it’s own.

Personally, I like big cities. For me, the bigger, the better. And Seoul, my current home, and city of birth (but not citizenship) is the 2nd largest metropolitan area in the world. Sure, there are frustrations. Living next to 25 million others isn’t always easy, but it’s also the reason why the city is as efficient, modern and adaptable as it is. It’s the reason why Seoul has 19 super clean and affordable subway lines criss-crossing it’s huge area. Necessity is, after all, the mother of all invention.

“Seoul, as seen from the Naksan park,” by Kihong Kim, CC Attribution

Of course, a world-class public transport system isn’t enough to make Seoul my favourite city out of the hundreds I’ve visited all over the world. There’s many more reasons, and here are just 3 of them.

Ask any expat who’s left Seoul what they miss the most, and invariably, it’s the food. And no wonder, because Korean food is absolutely delightful. Flavourful, healthy and wholly under-appreciated on a global scale, as far as I’m concerned, I simply can’t get enough of Korea’s bibimbaps and samgyeopsals.

Fortunately, in Seoul, that’s not an issue, because quality restaurants, cafes and food trucks fill the streets. It’s easy to get a fix of whatever I’m craving at pretty much any time of the day.

Best of all, there’s no tipping! 🙂

The Ancient and the Modern.

In Seoul, it’s possible to travel between the ancient and the modern, simply by crossing the street. It’s a place where graceful Confucian palaces and ancient walls reside next to towering skyscrapers and ultra modern architecture.

One of the best places to encounter this mix of old and new is at Bongeunsa, where you can experience profound silence and listen to chanting monks, before entering the noise and cacophony of commercial paradise at Coex Mall, a 5 minute walk away.

It’s still at war, but that doesn’t stop it from being one of the safest places in the world.

Until recently, if you asked a foreigner about Korea, their first thought was of North Korea. I can’t count the number of times I’ve been asked if I live in North or South Korea (as if it’s easy to just leave North Korea and travel around).

Yes, Korea is divided and technically still at war, and if you believed the news media, you’d think Seoulites were cowering under some fearful reign of terror. But it’s simply not the case. The reality is that you’re more likely to get run over by an impatient driver, than get robbed or assaulted. In fact, I’m gonna go out on a limb and say that Seoul itself, is actually one of the safest cities in the world.

coffee@works, in Gangnam, Seoul. Yes, you can leave your bag on the table.

On the streets in Myeongdong, photo by Sarah Mak

It’s common practice to leave laptops, smartphones and designer purses unattended in restaurants and cafes without fear of theft, and my super-smart hubby has left the keys in his scooter countless times without consequence. Everyday, I see 5 year olds walking down the street alone, smartphone in hand (no joke), without parents worrying after them. I walk down the streets myself, day or night, and have never felt an ounce of fear. The sheer safety of the city is something I’ve gotten used to, but it’s something that should never be taken for granted.

Face-off between North and South at the DMZ, Photo by Sarah Mak

Incidently, the fact that Korea is technically still at war, lends itself to one of the most unique travel experiences you can have in this world. A visit to the DMZ or demilitarized zone, 1 hour north of Seoul, can give insight into the tension that still exists between the 2 countries.

Of course, now we have Psy to thank for equating Korea with Gangnam Style, which might be better, but only marginally… 😉

Do you have a favourite city? What do you think makes a city great? 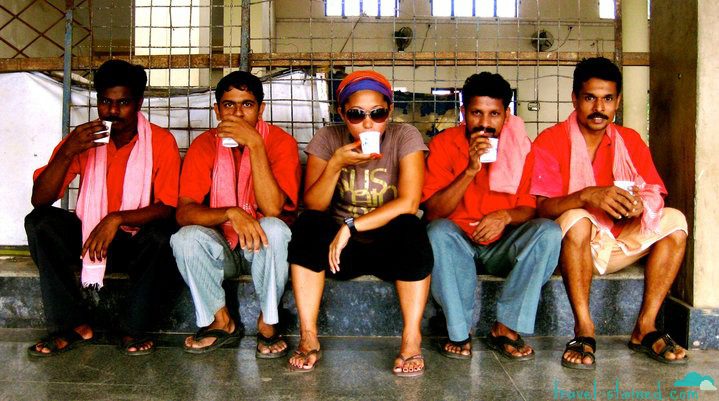 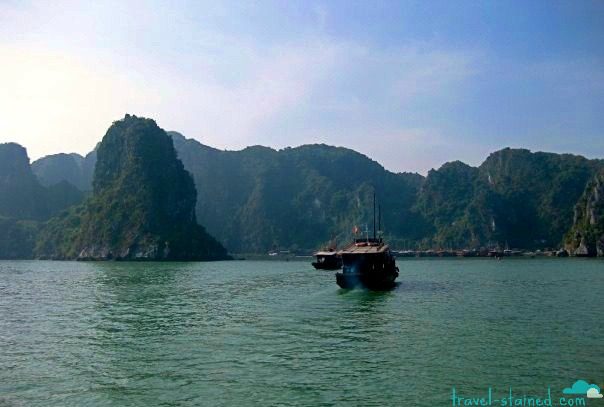