Trickeye Museum Seoul | 7 Awesome Tips for the Coolest Photos Ever

Even better? The centuries old trompe l’oeil art technique, that’s used at the museum to “deceive the eye,” has been updated with something funky and futuristic – augmented reality! You’ll be amazed by how these optical illusion paintings actually “come to life” around you.

Becoming part of an optical illusion at the Trickeye Museum in Seoul. Hard to believe this is only 2D…

We’ve all seen images of 2D paintings made to look 3D, right? This special art technique is called “trompe l’oeil,” and it originated in France hundreds of years ago. It essentially tricks the eye into believing flat images have real dimension.

These optical illusion museums are special because you’re encouraged to insert yourself into the image and actually become a part of the art.

An augmented reality photo at the Trickeye Museum in Seoul

At the Trickeye Museum in Seoul, paintings literally come alive before your eyes in 5 different themed zones. These include:

These scenes are clever, imaginative and super fun, and you’ll have a total blast at the Trickeye Museum in Seoul. Don’t make the mistake of thinking it’s just for kids… people of all ages can’t help but get sucked into the creative paintings that decorate the walls, ceilings, and floors of the museum. I know we did.

There are skills you have to pick up when you become a mother. Levitating with your daughter in your lap isn’t one of them…

Climbing with panda bears at the Trickeye Museum in Hongdae

They say they grow up too fast…

The First AR Museum in the World

Optical illusion museums have now been exported all over the world, but way back in 2010, the Trickeye Museum Seoul was the original. And now they’ve created another first – an AR or augmented reality museum, where the various paintings and scenes around you actually come to life.

It seems like Augmented Reality (AR) has kind of taken over Korea in recent years, with it being added to amusement park rides, video games, and even historical sites, but I’d yet to experience it myself. I admit I was pretty darn curious about this particular element of the Trickeye Museum Seoul.

In the Water Zone, the entire room is an optical illusion with AR dragons

Fortunately, it turned out to be as entertaining as I’d hoped it would be. Not every painting has been updated with AR, but the ones that have been, are super creative and tons of fun. There’s scenes with sword-fighting skeletons, crackling crystal balls, attacking sharks, bamboo climbing panda bears, and much, much more to play with.

How does Augmented Reality work?

This was my number one question before we visited the Trickeye Museum Seoul. Would we have to wander around the museum wearing huge goggles? Be tied to a computer? I just couldn’t figure it out, but it turned out to be surprisingly easy, from a user point of view.

All you have to do is download the free TRICKEYE app onto your phone, point it at a painting and watch it come to life. It’s as simple as that. Within the app, you can choose to take a picture or video of what you see, and it automatically saves to your photo library, for posting on whatever social media you deem fit.

After that ballet video, I had to up @agr1nho 's macho cred, so here's one of him dodging a great white shark. Good job hubby!! ????#trickeyemuseum #augmentedreality

Here are my tips for how to get the absolute best pictures and video at the Trickeye Museum Seoul.

Download the TRICKEYE app BEFORE you visit the Trickeye Museum

There’s free wifi, but we had a lot of trouble staying connected, and ended up downloading the app with our pocket wifi instead. This was still pretty slow, probably due to the museum’s basement location. Don’t waste your time standing around downloading the app, because trust me, you’ll wanna get into the action as soon as possible.

Make sure your battery is fully charged

The Trickeye app drained my battery really quickly. You definitely don’t want to run out of juice exactly when you need it most. I’d advise bringing a power bank or charger with you if you can.

A ballerina he's not…? I should be thankful I guess? ? Good fun with the new Augmented Reality at the Trickeye Museum In Hongdae. ?#trickeyemuseum #augmentedreality

Check for sound in each AR scene

I didn’t realize this until I got into a quiet space and watched the videos I’d taken at the Trickeye Museum, but there’s music built into some of the AR that really adds a lot to the optical illusion! Make sure you’re in the right spot to capture both the music and picture. There are clear signs on the floor or around each scene to show you the optimal place to take pics from.

If you’re lucky enough to visit without a constantly moving toddler, take the time to choreograph each scene. This means watching the AR first, figuring out where to place yourself, and when to time your actions. It takes some effort, but it’s absolutely worth it for the end result… (ignoring the fact that we shot this upside down haha – like I said, constantly moving toddler).

The @trickeyemuseum ? has been updated with all new Augmented Reality that you can use just by downloading a free app. ? It takes some time to do everything properly (getting the positioning and timing right for this scene took 5 tries), but if you go there sans 21 month old, I'm sure you'll have a much easier time than we did. #trickeyemuseum

Some of these optical illusions require you to climb up onto stools, roll around on the floor or get a little messy. If you really want to work the angles, you need to be wearing clothes that allow for some movement. Wear comfortable shoes, and maybe leave the mini-skirts and stilettos at home.

The Trickeye Museum Seoul is open from 9AM – 9PM, every single day, but the quietest times to visit are in the morning before 11AM, or in the evening after 5PM. And yes, quieter is better. The space is literally packed with artwork to interact with and less people means less risk of other people’s body parts getting into your super realistic 3D AR shot!

Sometimes you gotta squat haha -wear comfortable clothes if you want to make the best of each scene.

Regular price tickets can be purchased onsite when you arrive at the Trickeye Museum in Hongdae. Each ticket also includes access to the Ice Museum, a museum made completely of… you guessed it… ice.

Prices are as follows:

You can save about 30% off the ticket price by booking discounted tickets to the Trickeye Museum in advance.

If you’re planning on visiting the Love Museum (an optical illusion museum based around love and sex by the same company) or Everland, check out these combo tickets from Trazy.

How to Go to the Trickeye Museum Seoul

The Trickeye Museum Seoul is located in Hongdae on the B2 level of Seogyo Plaza. Get there by getting off at Hongik University Station on Line 2. Note that this station is also known as Hongdae.

Was this post about the Trickeye Museum in Seoul helpful? PIN IT! 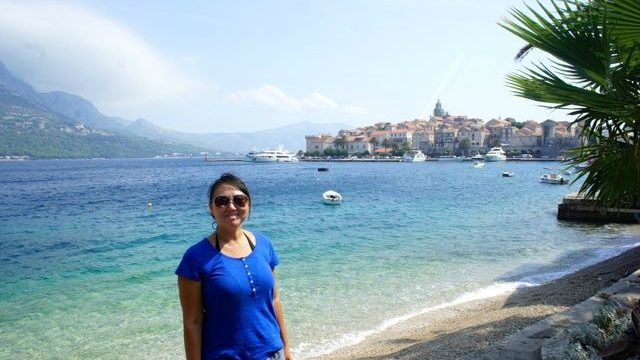