How to Visit Namsan Tower in Seoul

Namsan Tower, Seoul Tower or N Seoul Tower (its official name since 2005) – whatever you call it, there’s no denying that this 237 metre structure is an icon of Seoul. It’s as synonymous with the heart and spirit of the city as Namdaemun, Gyeongbokgung Palace or Cheonggyecheon Stream.

Namsan Tower is one of the best places to get a view of Seoul. Photo by CYAN [CC BY-SA 4.0]

Namsan Tower is located atop guardian mountain Namsan, high above the shopping district of Myeongdong to the North, and international Itaewon to the South. It’s one of the best places in Seoul to get a true birds-eye view of one of the world’s true megacities.

I’m slightly ashamed to admit that despite having lived here for 8 years, I had yet to make my way up to the top of one of Seoul’s most iconic structures, especially since the N Seoul Tower Observatory is THE most visited attraction in Seoul.

It regularly tops the list of best sights in the city according to tourists, and offers a complex cultural space that includes performances, restaurants, exhibitions and multimedia projections.

The vast city below

Around the Tower, hang thousands upon thousands of Namsan love locks, each written on and wistfully hung by couples romantically hoping for a symbol of their love as enduring as the N Seoul Tower itself. The multitude of colourful locks surrounded by the natural green beauty of Namsan is something that must be seen.

As you make your way up to the Namsan Tower observatory, be sure to stop in the 4th floor Sky Restrooms for what might be the best possible view from a toilet in the history of civilization. 😉

On the 5th floor N Seoul Tower observatory level, you’ll find breathtaking views of the entire city in every possible direction. Each of the windows is creatively marked with the names of various countries and cities along with their respective distances from Seoul.

Stick around for sunset and nightfall, and you’ll be rewarded with the dazzling sight of a constellation of twinkling lights below you.

What are the icons in your city? Have you been to visit them?

Did you find this post about the Seoul’s Namsan Tower helpful? PIN IT! 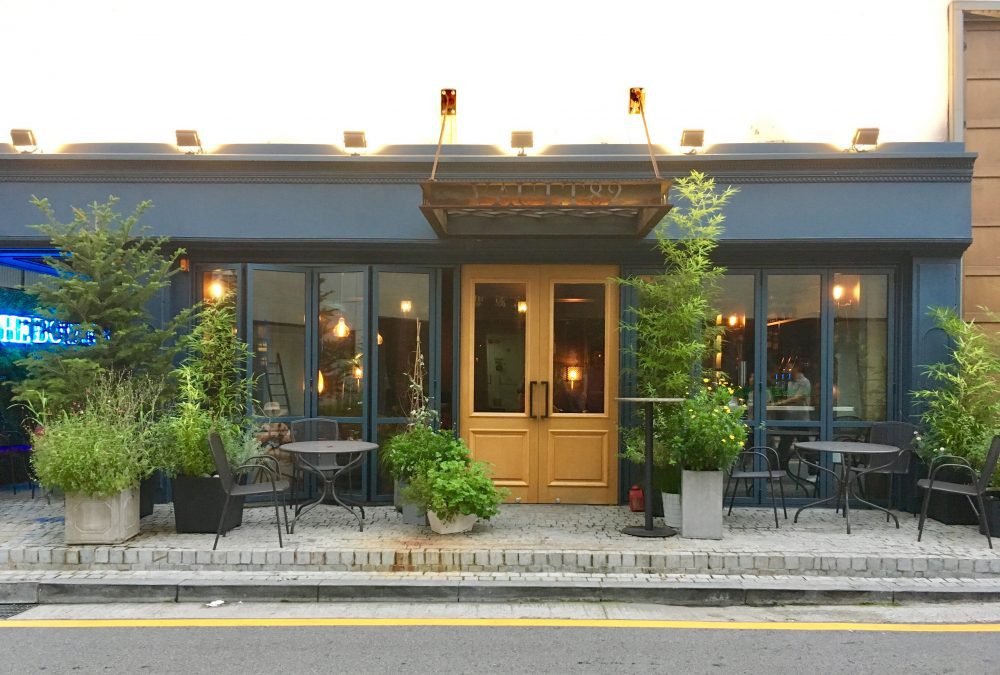