When the monsoon rains, intense heat, and crazy humidity of Seoul’s summer starts to drive me insane, Gyeongpo Beach is my go-to escape from the big city. It’s either that or injecting ice straight into my veins. However, since that isn’t really an option (is it?), a quick break to Korea’s East Coast is just what the doctor ordered.

Gyeongpo Beach is a perfectly lovely place to spend a weekend… or two.

It’s super easy to get to from Seoul and so incredibly gorgeous, I bet you’ll fall in love with Gyeongpo Beach too!

Water surrounds 3 sides of South Korea, but the East Coast is where you’ll find the turquoise water of your dreams. From Sokcho in the north to Haeundae in the south, you’re really spoilt for sandy choices along the East Sea.

> A cruise ship on a cliff?? Read about our trip to Jeongdongjin Beach and the quirky Sun Cruise Resort.

In my opinion, Gyeongpo Beach is one of the absolute best beaches not just on this coast, but in all of Korea. It’s a 4 kilometre swathe of white sand beach, backed by fresh pine trees, facing the massive Pacific Ocean.

The first time I saw it, I felt as though my eyes were deceiving me. The water was such a glorious shade of blue, that I couldn’t quite believe we were still in Korea. But we were. And not that far from Seoul at that.

Best of all, it’s an easy journey by bus or KTX from Seoul. If you really need to escape the city, a day trip IS entirely possible, but there’s so many things to do in Gyeongpo Beach, I recommend spending at least one night.

You’ll find directions and recommendations for Gyeongpo Beach hotels at the bottom of this post.

Things to do in Gyeongpo Beach

If you tire of lounging around on fine white sand, surveying turquoise seas, there ARE other things to do in Gyeongpo Beach. From the freshest seafood, to some of Korea’s best coffee, these things are actually worth leaving the beach for.

There’s lots to do away from Gyeongpo Beach!

Gyeongpo Lake sits just behind Gyeongpo Beach. It’s separated from the beach by a single street, so you can simply walk over when you’re craving a different scene.

In spring, Gyeongpo Lake is especially gorgeous because it’s rimmed with 4.3 kilometres of cherry blossom trees. These ephemeral pink buds pop open sometime in April, turning the whole place into a pastel-coloured wonderland.

> Visit the Gyeongpo Lake Cherry Blossom Festival and the Daegwallyeong Sheep Farm on an easy day tour from Seoul.

Check out Gyeongpo Lake when you tire of the beach

Rent bicycles and ride the circumference of Gyeongpo Lake

The Gyeongpo Cherry Blossom festival celebrates this gorgeous natural event every year. I won’t go so far as to say it’s better than summer (that would be lying), but it’s still worth your time. You can stroll around the water, stopping to take pics along the way, or rent bicycles to explore the entire circumference of Gyeongpo Lake instead.

Taking a guided tour from Seoul is an easy and economical way to see many of your favourite Hallyu sites on the East Coast, without sacrificing time taking public transit. Best of all, they don’t cost much more than doing it all DIY! These tours are popular, and should be booked a week in advance to avoid missing out.

> Cycle around Gyeongpo Beach and see all the highlights of Gangneung on this 1 day tour, including the filming sites of the K-Drama Goblin and BTS’ “You Never Walk Alone” music video.

> Choose between cycling, zip-lining, and sightseeing on this romantic day tour to Gangneung. You’ll also see the iconic filming locations for Goblin, eat at Jungang Market, and visit the BTS bus stop!

It’s said that you can see the moon 5 times from Gyeongpodae – once in the sky, once reflected in Gyeongpo Lake, once in the East Sea, once in your drinking glass and once in the eyes of your lover. Cheesy or romantic? You be the judge. And the best time to do this is on the 15th day of the first Lunar month, each year. Or so they say.

From its location atop a hill, you can see majestic views of Gyeongpo Lake and the surrounding trees. Visit in April for pink cherry blossoms and in October for fiery autumn hues. It’s free to enter.

Admiring a collection of gramophones is probably not what you planned for a beach vacay, but the Charmsori Gramophone Museum is the largest in the world. It has an astonishing 4,500 phonographs and 150,000 records on display, from 20 different countries around the world.

In the Edison Science Museum section, you can see 850 of the inventor’s creations, including the light bulb, phonograph, projector, and battery car.

Planning a trip to Korea?

Join our Korea Travel Planning + Guide Facebook Group to ask and get answers to all your burning travel questions.

Since we humans can’t survive on mere sunshine and sea, head to one of the restaurants facing Gyeongpo Beach when in need of sustenance. There, you’ll find tanks full of fresh seafood and a lively atmosphere.

One of my favourite Korean dishes is a spicy pot of haemultang or seafood stew. If spice is a no-go zone for you, try out jogye-gui (grilled shellfish) instead. You’ll get a huge dish full of different kinds of shellfish to roast over charcoal at your table. Watch out for popping shells!

Visit one of these restaurants for super-fresh seafood

There’s not much difference between the restaurants lining this strip, so just pick any one and head in for some of the freshest seafood available in Korea.

Have coffee at Tera Rosa ((테라로사)

Coffee and writers go hand in hand, right? Well, there’s no better place to experience this than in Gyeongpo Beach and Gangeung. All those creative types living in Gangneung are credited for pioneering coffee culture in Korea.

Get your caffeine fix at Terarosa Cafe. It’s one of Korea’s original coffee roasters, and you’ll find a bohemian feeling location right across the street from Gyeongpo Beach.

Terarosa Coffee originated in nearby Gangneung

If you head just a little bit south of Gyeongpo Beach, you’ll find the Chodang Dubu Village, where a special tofu is served. It uses salt water from the East Sea in its production, resulting in a super soft tofu. This is a good choice for anyone averse to spice, as the tofu stew made here is very mild.

The village is named after a famous literary family known as Chodang-Heoyeop. Look out for the hanok house that’s been reconstructed where their original house stood.

Gyeongpo Beach Hotels | Where to Stay

If it’s low season, you can literally just show up and find something on the fly. There’s a line of hotels and minbaks facing the sea and it’s easy to find somewhere to fall asleep to the sound of the ocean waves.

If you’re traveling during summer, on weekends, or on any national holiday, it’s much wiser to book something far in advance. I’m telling you this from experience. We made the mistake of just “showing up,” one hot summer day, only to find almost every single accommodation fully booked for the weekend. 🙁

Koreans don’t get much time off work, so when they do, they travel en-masse to many of the same locations.

Since Gyeongpo Beach is easy to get to from Seoul, it’s a big draw for locals and tourists alike. Book early… especially if you want to stay somewhere affordable and beachfront.

There’s simply no other hotel that comes close to the amenities and location of the Seamarq Hotel. Situated right on Gyeongpo Beach, you can spend the day floating in their incredible infinity pool, while gazing in awe at the sea. Expect 5 star service and the comfort to match.

If you’ve got your heart set on a pool, St. John’s is a lovely and affordable 5 star option. It has fantastic ocean views, beachfront location, multiple restaurants, and super comfy rooms.

Gyeongpo N Pension is a extremely well-reviewed holiday home. It’s not beachfront, but near Gyeongpo Lake, and still walking distance to the seashore. You can enjoy a ton of space, mountain views, balcony, and a fully-equipped kitchen.

How to get from Seoul to Gangneung & Gyeongpo Beach

To get to Gyeongpo Beach from Seoul, using long distance bus or train, you’ll first have to get to the nearby city of Gangneung. It’s around 6 km away from Gyeongpo Beach.

Seoul to Gangneung by Bus

If you don’t have a car, an express bus is a very comfortable and relatively affordable option for getting to Gyeongpo Beach.

If you haven’t traveled by long distance bus in Korea yet, you’re in for a treat. Express buses here are super modern and comfortable, with wide business class style seats, air conditioning or heating as appropriate and run exactly on time. The bus will make enough rest stops, so there’s no need to worry about hunger pangs or needing the bathroom.

There are many express bus terminals in Seoul, but the most convenient one for getting from Seoul to Gangneung is the Dong Seoul, or East Seoul Terminal.

Here’s a step by step guide for getting to Gyeongpo Beach.

1
Go to the Dong Seoul (East) Bus Terminal. You’ll find it right across the street from Exit 3 of Gangbyeon (강변) subway station on Line 2.
2
Ask for tickets to Gangneung (강릉). Tickets cost from 14,000 to 17,000 won each way.
3
Upon reaching the Gangneung Intercity Bus Terminal, you can take a 15 minute, 7,000 won taxi ride to Gyeongpo beach, or get on public bus #202. Make sure you're headed in the right direction!
4
Direct buses depart from the Dong Seoul Terminal, every 15 minutes. It takes around 2.5 hours. Unless it's a holiday weekend, you can just show up at the bus terminal, get a ticket, and board a bus 15 to 30 minutes later.
5
If you get lost or confused, there’s a Tourist Information Centre just outside of the Gangneung Bus Terminal, where you can ask questions. They speak some English.

Seoul to Gangneung by Car

If you have a car, you can drive directly to Gyeongpo Beach yourself. It should take approximately 2.5 hours to get there under normal traffic conditions. All bets are off on holidays and summer weekends though, when it can take at least double that amount of time to reach your final destination. Maybe even longer.

If you’re traveling during that time, the best option is definitely on the KTX high speed train. Be sure to book as far in advance as you can. Tickets on weekends and holidays during summer regularly sell out.

Taking the KTX high speed train is undeniably the fastest, most comfortable way to get from Seoul to Gangneung. The KTX leaves from Seoul Station on the north side of the city. There’s a train almost every hour, and it takes approximately 1 hour 50 minutes to reach Gangneung.

Be sure to factor in your travel time to Seoul Station, when you’re deciding how you’ll get to Gangneung. It can take an hour or more to get there, depending on where you’re staying in the city.

If you’re planning to visit multiple places in Korea, nothing beats the convenience of a KR Rail Pass. Use it to book unlimited rides to 600 stations, on 80 different routes, for a period of 2 to 5 days. Book KTX tickets with ease AND save on extra credit card fees for multiple tickets. 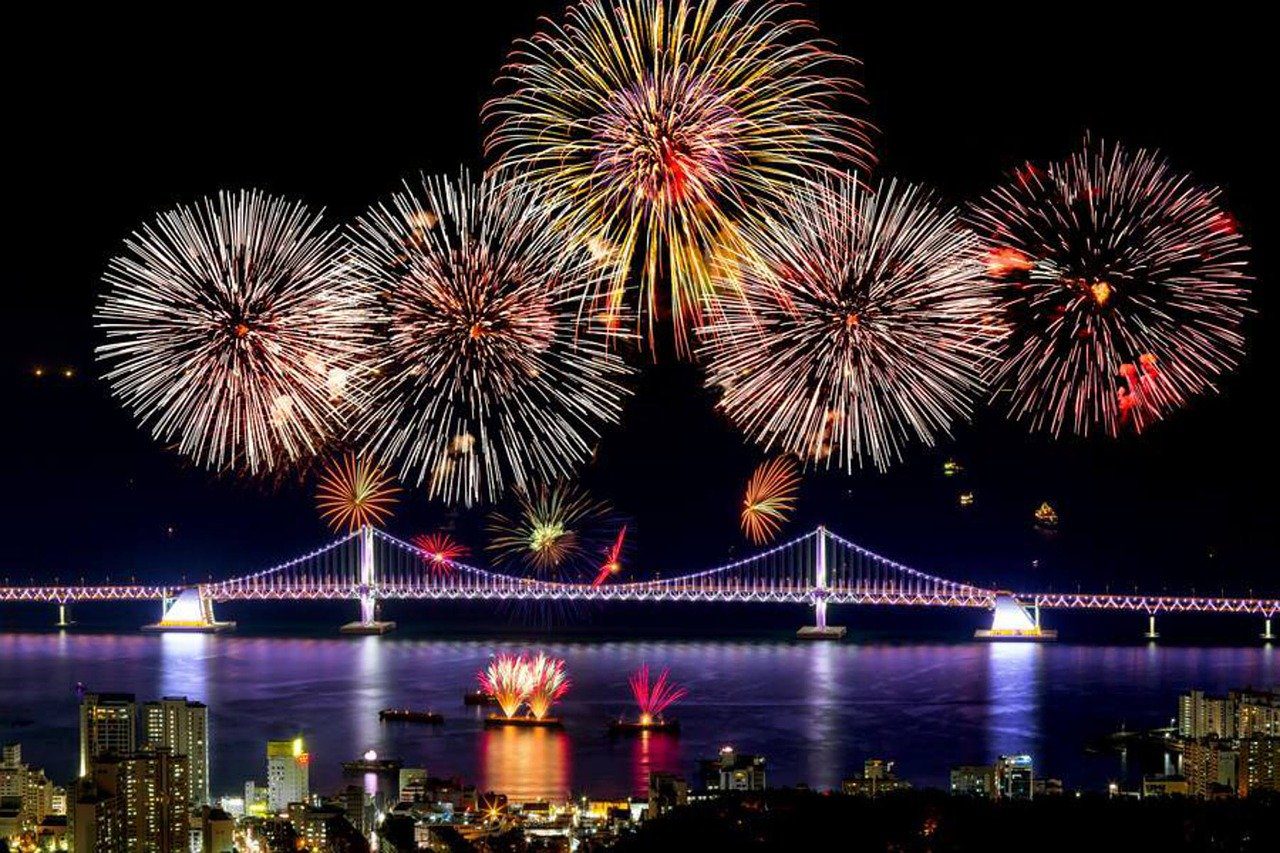 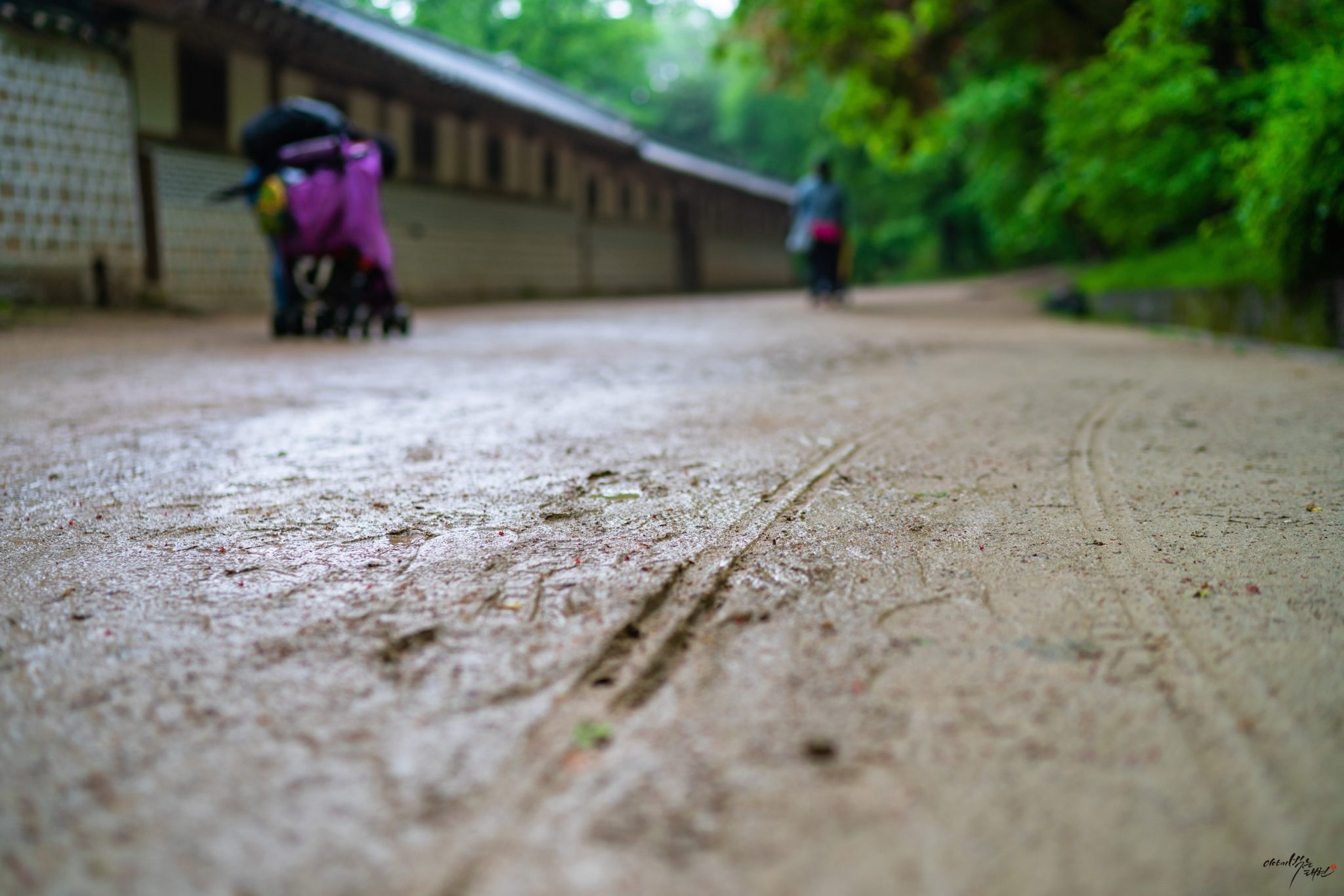 5 Things to Do at Daegwallyeong Sheep Farm + Directions