Darshan: A Sanskrit term meaning “sight.” It is most commonly used for “visions of the divine” in Hindu worship. One could “receive” darshan or blessing of the deity in the temple, or from a great saintly person, such as a great guru. Darshan is ultimately difficult to define since it is an event in consciousness – an interaction in presence between devotee and guru; which focuses and calls out the consciousness of the devotee. In either event, a heightening of consciousness or spirituality is the intended effect.

Sometimes when you’re traveling, you find yourself in strange places. Usually, it happens because other travelers you meet suggest an interesting event or place that you’ve never considered or heard of. On a whim, you decide to check it out. And of course, it’s this ability to be totally spontaneous that’s one of the most beautiful things about long term travel.

On a sand dune in the Thar Desert

In this instance, the other travelers were Rene and Estrella from France. In their 70s and on their 8th trip to India, we first met them on a sand dune in the middle of the Thar Desert outside of Jaisalmer, Rajasthan. They’d been traveling together for 50 years, and were full of joie de vie and obvious love for each other. To say that we were inspired by them is an understatement. Soon, we were wondering (and hoping) that we would be like them when we reached our 70s.

When they told us they were heading to Amma’s ashram for New Year’s Eve, our curiosity was immediately piqued. We’d been looking for something interesting to do for the dawn of 2013, and this seemed like a perfect fit.

So, faster than you can eat a Rajasthani thali, we registered and booked a flight from New Delhi, our last North Indian stop, to Cochin, 140 km north of Amritapuri.

Amma, for those of you who’ve never heard of her, is a Hindu spiritual leader and guru, who is also known as “The Hugging Saint,” because she gives darshan in the form of a hug. Her organization, the Mata Amritanandamayi Math, claims that Amma has embraced more than 32 million people throughout the world, over 30 years. She does charitable work through her organization, Embracing the World.

And this is how we found ourselves playing musical chairs on Dec. 30th, getting slowly closer to Amma to receive darshan. Now it may be a bit strange to compare Amma – who is Hindu – to the Black Stone at Mecca, but it’s what ran through my mind as I sat there. Her white robed followers sat in a circle around her, and a constantly rotating flow of people wound around Amma to receive darshan, just like in videos I’ve seen of Muslims rotating closer and closer to touch the Black Stone at Mecca. We were in the group numbered 1201-1300, so you can imagine how many people were there!

I really wish I had pictures to show you, but of course any recording of the events inside the ashram is forbidden.

Images of the ‘guru’ all over the place -a sticker in our room.

The whole scene was a bit surreal, and the Bear and I were having quite a bit of trouble staying appropriately reverent. Things got even more ridiculous, when one of her aides asked us what language we spoke, and though we told her English about 4 times, she decided we were Russian. Okayyy. I’m not sure what difference it made, because when it was our turn to be blessed by Amma, she clasped my head to her breast and muttered something that sounded like “my daughter, my daughter,” but Agri got the same thing, so I’m thinking I must’ve heard wrong. Unless she thought Agri was a woman?

After a few seconds, her aides pulled us away and someone handed us a candy wrapped in brown paper, which was meant to be prasad (an edible gift that has the guru’s blessing in it). I can safely say I felt nothing in her embrace, beyond mirth and disbelief.

Prasad with Amma’s blessing inside it

I couldn’t look at my hubby, because I knew I would burst into hysterics, and that can’t be right, can it? We barely made it off the stage and to the safety of the darkness before the giggles overtook us. I believe my first words were, “that was weird.”

But, this would not be the last time that events at the ashram would surprise us. Before evening meditation the next day, we watched in shock as hordes of Amma’s followers dressed in their white outfits of course, stampeded to the floor in an attempt to get as close to her as possible. It seemed that we were in the presence of celebrity, or maybe a god? I wish we’d gotten the memo. We would’ve prepared better.

I’ve become a devotee of Amma! but only because white was the only colour they had for sale and it was hot.

Midnight on New Year’s Eve passed with a meditation where we visualized flowers of peace flowing out of our hearts and spreading over the world. And this was perhaps the only really lovely moment of true serenity I felt during our stay at the ashram.

The rest of the time, we were battling with the thousands (no exaggeration) of people fighting for meals in the food halls, or trying to get coffee at the cafe that seemed to open and close at random times of the day, or trying not to get indoctrinated into the cult of Amma.

Thumbs down for our stay at Amma’s Ashram

Truthfully, I can’t make a call on whether Amritapuri is a cult or not, because we only lasted 2 days (instead of the originally planned 5). We consider ourselves to be spiritual people, but our spirituality is free form and individual. We don’t subscribe to rules or ritualized forms of spirituality and that’s pretty much all we saw at the ashram. It was definitely not for us.

Peace exists outside the ashram

We’d been hoping for a quiet space in which to reflect on the events of 2012 and to visualize what we wished to manifest for 2013, but what we got was very different. Chalk it up to experience. One we won’t forget for quite some time. 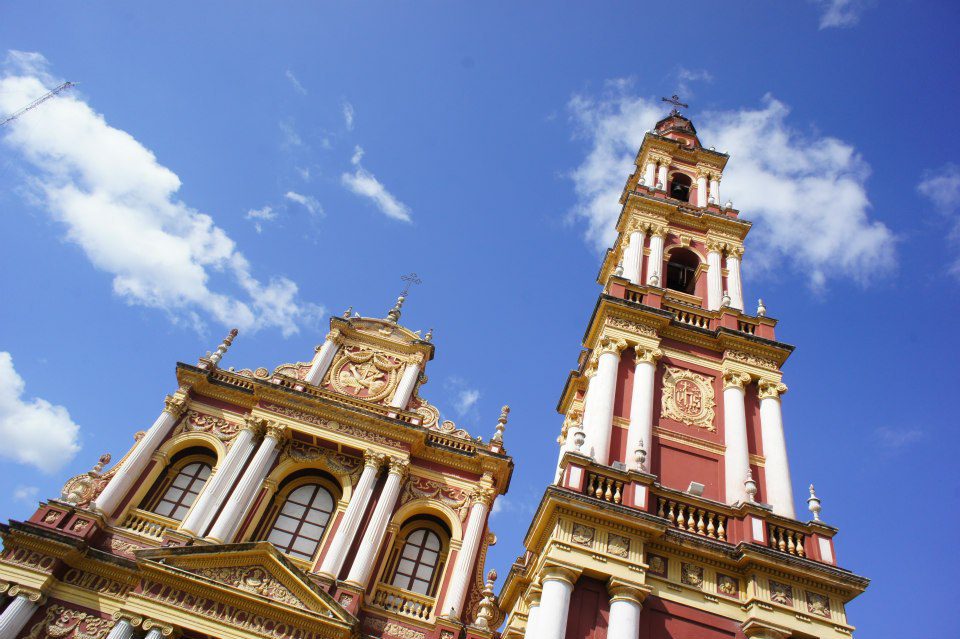