Uruguay: The Suburb of South America

This small country on the Rio de la Plata, pincered between Argentina and Brazil, proudly boasts that it’s made up of 3 million people and 9 million cattle. Ranching is big here, making it home to some very fine steaks, good milk and quality leather jackets.

Before arriving, my knowledge about the country was minimal. In fact, all I knew of Uruguay, was it’s previous football (soccer) glory, the flag’s colours and that it’s capital was Montevideo, but nothing on the country’s makeup, it’s history or it’s economy.

Uruguay only became a blip on our radar when we found out that the payment of steep reciprocity fees were required for Canadian citizens when landing in Buenos Aires’ airports. Clever travelers that we are, we decided to circumvent this by flying into Montevideo in Uruguay and then crossing into Argentina at a land border. Why not spend a few days in a new country and save some money at the same time?

The quiet streets of Montevideo

We did very little research on the country before arriving, choosing instead to fly by the seat of our pants. As we made our way into downtown Montevideo by bus, we observed peaceful suburbs and tranquil people going about their business, often sipping yerba mate from wooden gourds. There was a common level of affluence among the people that we didn’t really see elsewhere on the continent, reminiscent of middle class suburban America. We dug it. No grind, no sketchiness, no litter on the streets.

Looking for accommodation, we soon found out that since the city is not a major tourist hub, it has very few hostels. Today being Mayday (International Labour Day), it’s a holiday and everything is fully booked. Huh? This is a surprise. It turns out the city is full of Argentinians and Chileans looking for a breath of fresh air from the hustle and bustle of Buenos Aires and Santiago.

We end up at the Pocitos Hostel, and because all the private rooms are booked, we have to book separate bunks in the dorm rooms. This is a first! It turns out to be all good though, because Shelley basically gets a 6 bed dorm to herself and I end up sharing a room with some super interesting characters. “The Viking” (never got his real name), is a Uruguayan born Norwegian who’s back to find his native roots, claiming that the Vikings were Indians (Native Americans) too.

The “Viking’s” Collection of Rocks and Feathers

In the backyard of the hostel, we see him scouting for bird feathers and collecting interesting rocks. He’s super gentle and seems very nice, but when he claims that salt is a chemically composed substance developed by the corporations to control our minds, while starting to smear oatmeal on his cheeks and forehead at breakfast, we are speechless. No one around the table wants to point out the elephant in the room.

We also meet Nathalie and Georg, an Austrian couple who were thankfully normal, and like us, on a Round the World trip, just in the opposite direction. We clicked, compared notes and found out that amid other things, Georg liked chess as much as I did. I was in desperate need of a partner in crime, and to our ladies discontent, we ended up staring at black and white squares on a board for a good part of the night.

A night of chess with Georg from Austria

Scavenging for food on a public holiday is no easy task here, but soon we were rewarded with our very first Uruguayan dish, the Chivito. This is the national dish and it’s basically a steak, topped with ham, topped with egg, which in turn is topped with bacon, next to a side of fries and a bit of salad, just enough to escape a heart attack. Pretty tasty. Meat on top of meat on top of meat. This basically sums up the food experience in Uruguay. Add a side of meat to that and you have the Argentinian food experience. No wonder I gained 8 kilos in a month.

Surrounded by water on three sides, Montevideo has a few long stretches of beach, a port, and a walkway that goes along the shore for miles and miles, completely enclosing the downtown and the historical center. Being a holiday in early Autumn, el pueblo was out and about. The scene was full of Families walking on the beautiful promenade, kids kicking soccer balls and fathers carrying a mate gourd in one hand and a thermos of hot water in the other. Friends sat on the black sand passing the yerba mates to each other, socializing under the beautiful South American sun.

The father of Uruguayan nationhood, Artigas

La ciudad vieja (The Old City) is very cute. Colonial architecture still prevails and the place is clean and quiet. We had heard that the centro could be dangerous at times and that we should keep an eye out, but danger apparently had left for Caracas, and the only fearful incident occurred when an eerie lady came up suddenly behind us, forcefully telling us to hide our cameras.

El Mercado del Puerto (The Port Market) gave us what is hands down the best parrilla we had in South America. This old market is now virtually a concentration of restaurants, displaying a wide variety of fresh meats, coils of sausages and seafood. Though the prices were overly inflated by Uruguayan standards (add a cubierto and some foreigner tax on that too), we left the place licking our fingers, and wanting to extend our stay just to have another meal.

This picture does not do justice to the size and deliciousness of this steak.

So this is Uruguay folks, peaceful and cute with good meats…kind of like a good ole North American suburb. Hard to believe that just 30 years ago this country was subject to continuous coup d’etats. Perhaps it should serve as a model to the rest of this troubled region.

Ghandi watches over the boardwalk in Montevideo

Where we stayed: Pocitos Hostel: we paid $34 for 2 beds in dorm rooms. The beds were super comfy and the dorms very spacious. Shared bathrooms. As far as hostels go, this was definitely one of the good ones. Recommended. 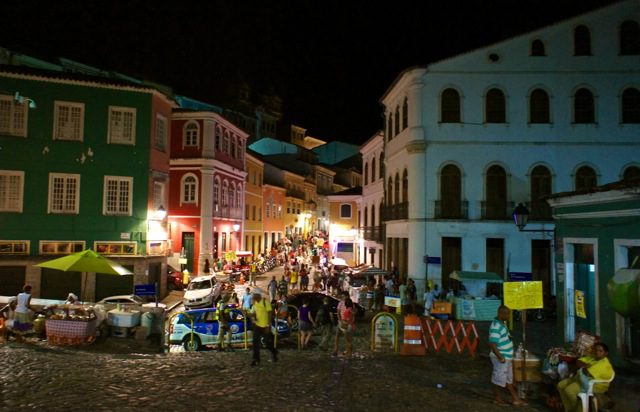 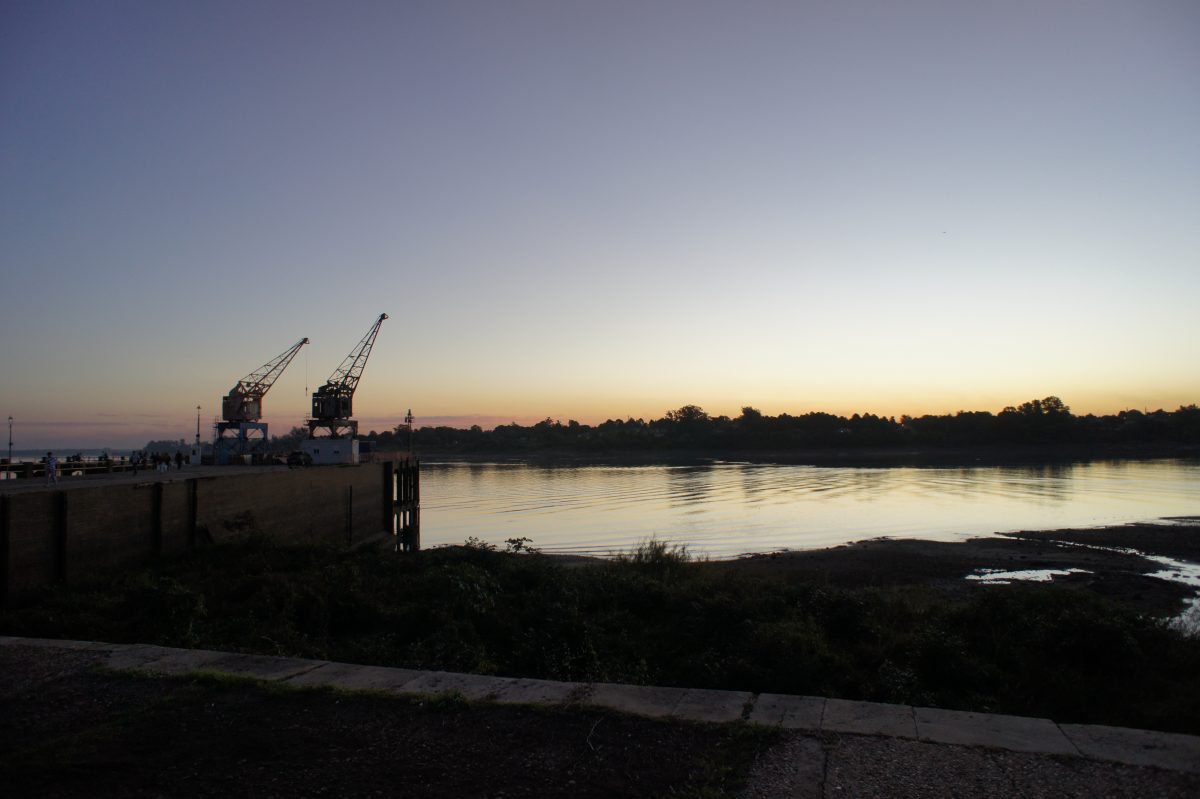