Uruguay to Argentina: A Night in Salto

After 3 peaceful days hanging out in Montevideo, I started to feel like I was reliving my comfortable, but not entirely pleasant youth in the suburbs of Calgary, Alberta. Nice, but a bit boring frankly.

It was time to move on.

On our way to Tres Cruces Terminal in Montevideo

We’d wanted to learn how to ride horses with the gauchos of Tacuarembo, but when we couldn’t get that organized in time (some things really must be planned in advance), we cut our losses and headed north to the small town of Salto, 496 kilometres northwest of Montevideo. From there, we could catch a small ferry across the Rio Uruguay to Concordia on the Argentinian side of the border.

With a population just over 104,000 (the third most populated city in Uruguay!), there isn’t much to endear Salto to the tourist. The most action in town happens on Calle Uruguay, the town’s main vein. By action, I mean, locals strolling up and down the street, socializing and drinking yerba mate with friends. It’s happening, let me tell ya.

Fortunately, Salto also happens to be surrounded by thermal waters. The Fuente Salto healing waters lie 6 kilometres north of the city, and Daymán Hot Springs Resort is 6 kilometres away in the other direction.

One of the most ancient hot springs in the country, Daymán has 11 pools of varying temperatures, saunas, hydro jets and an ozone pool. The average temperature of the waters is 39ºC, but the temperature in the hottest pool can reach 46ºC, the highest in all of Uruguay. The waters contain iodine, iron, calcium, magnesium and flourine and are completely odorless, meaning no nasty sulphur smell. The waters are particularly good for treating rheumatism.

We don’t suffer from rheumatism, but lounging around in healing, thermal waters for a few hours didn’t seem like a bad way to spend a day, so we caught the local bus and made the 20 minute trip south to Daymán.

The Hot Springs were spacious and clean with large patches of green space to relax and enjoy the day. We dipped our bodies in and out of the various pools, and let the healing waters soak deep into our muscles. As the day wore on, we were entertained by the sight of middle aged Uruguayans wandering the Resort in their bathrobes, carrying their ever present mate gourds. We felt seriously under dressed with just our swimsuits and towels!!

Getting sprayed by hydrojets

When we were on the verge of melting, we left the spa, and headed back to Salto to catch the ferry across the Rio Uruguay to Concordia on the Western bank of the River. We arrived at the dock with what we thought was ample time to spare, but the ticket office had closed 30 minutes earlier, long before the last ferry departed.

All of the relaxation from our afternoon at the Spa seemed to ooze out of our bodies, as we argued with the Immigration officials to stamp our passports and let us take the 3 minute ferry crossing across the River. No luck though and we had to watch in frustration as the ferry docked, turned around and left without us. 🙁

At least there were cute dogs at the ferry dock

With that option firmly sailing away, we had no choice but to take a public bus to the Salto bus terminal, and then board another bus bound for Concordia. Fortunately, this didn’t take too long, and we made it to Argentina 1.5 hours later. The border crossing was, thankfully, quick and easy.

To get from Montevideo to Salto: There are regular buses leaving from Tres Cruces Terminal in Montevideo. We were able to show up at the Terminal, buy a ticket and get onto a bus 15 minutes later. The trip takes approximately 6 hours, and buses in Uruguay are modern and comfortable. The tickets cost 625 Uruguayan pesos ($31.25) each.

To get from Salto to Daymán Hot Springs Resort: There’s a public local bus that basically loops from Salto to Daymán all day long. You can catch it every hour on the half hour. Ask the locals where to catch the bus. Salto is small, so you shouldn’t have too much trouble. We paid 28 Uruguayan pesos each.

The bus from Salto to Dayman

By Boat: The ferry across the Rio Uruguay only takes a few minutes. On the Uruguayan side of the border, it’s a quick walk or a short taxi ride to the dock, but on the Argentinian side, you’ll have to take a 20 minute taxi ride to get to the bus station.

By Bus: Take a taxi or public bus to the Salto bus terminal and hop on a bus to Concordia. The trip takes about 1 hour, and cost us 81 pesos each. You’ll have to clear customs on both sides, but it’s a simple, easy process.

By Taxi: Required on Sundays, when there are no buses running between the two countries. 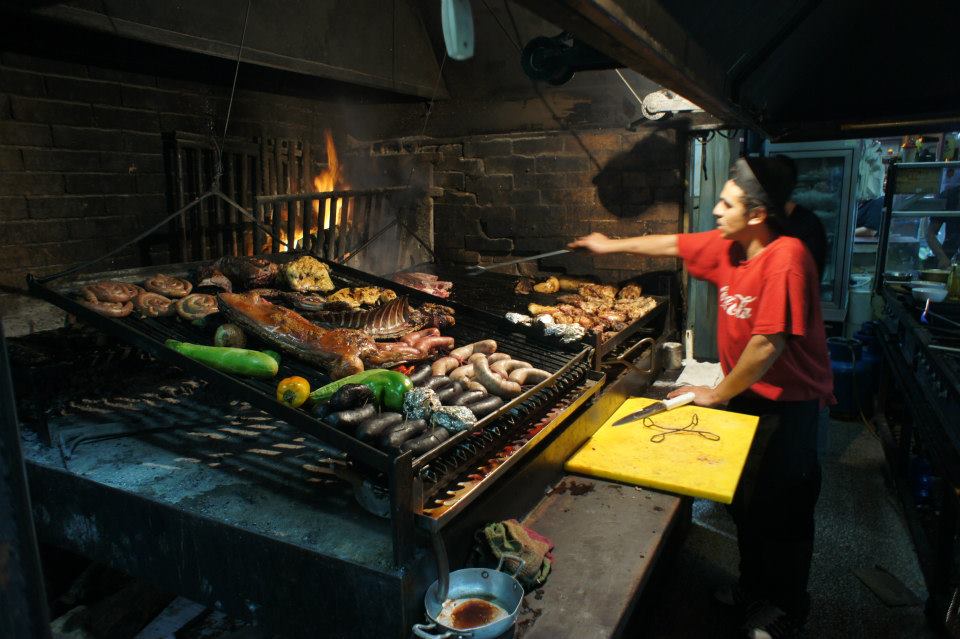 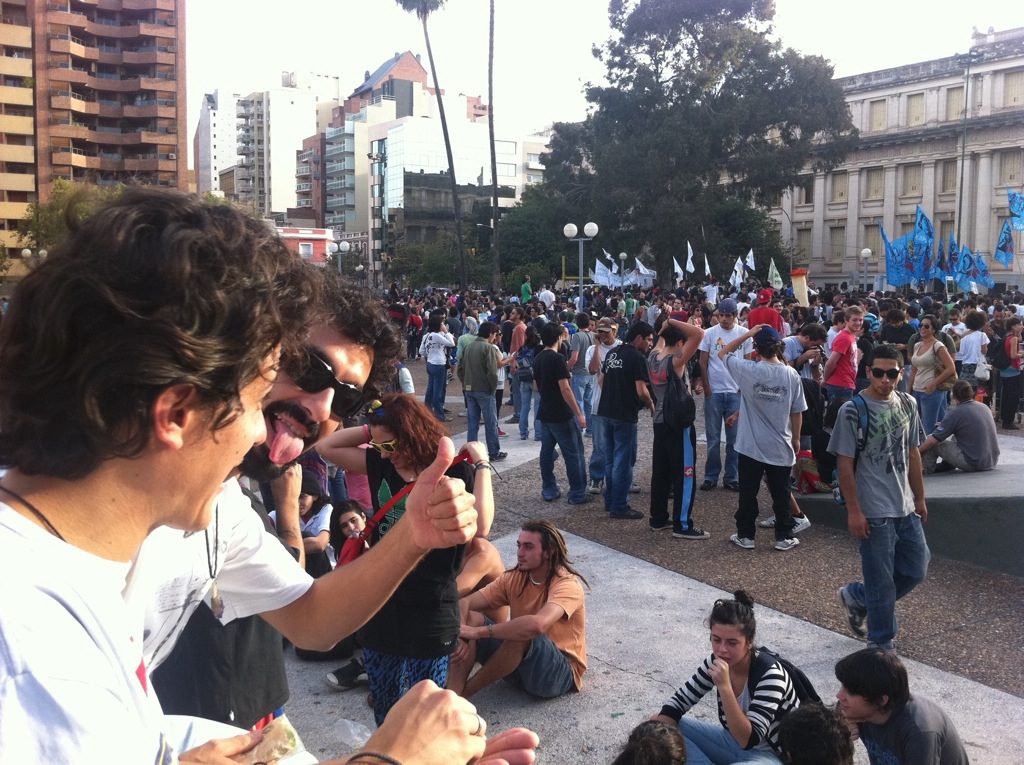