From Sokcho to Seoraksan: Part 2, The Mountain

Sokcho is one of the most popular tourist destinations in Korea, partially for it’s coastal attractions, but I’d venture to say, more for it’s close proximity to Seoraksan National Park. Let’s face it, Koreans are not really “beach” people. I mean, how many Asians have YOU met that can’t wait to roast themselves to a dark crisp? More likely, every square inch of skin is covered in some kind of armour to avoid the dastardly sun, right?

Of course, as a “pretend Korean,” 😉 I could’ve spent all week basking under the glow of the sun on that deserted beach, but our time was up, so off to Seoraksan we went. There, the cooler temperatures of autumn are said to carpet the mountains in an unbelievable display of reds, yellows and oranges. It was something I was anxious to see.

Unfortunately what we were met with, was a pretty naked mountain. There was a little autumn drama down at the base, but Seoraksan herself was mostly just a patchwork of the hardiest greens and bare browns. Bummer.

Since we only had a few hours there, hiking was out of the question, but a ride up to the Gwongeumseong Platform by cable car was a no-brainer. When fall colours are at their peak or during summer vacation, the wait to take the 10 minute journey up to the top can be up to 3 hours, but since we’d missed both, we were squished into the car with 50 other people and halfway up the mountain before we could count to 10.

From Gwongeumseong Platform, we could see the jagged rock formations of Sogongwon and Jeohangneyong, Ulsanbawi Rock, and far in the distance, the East Sea and Sokcho’s small downtown. A short, but steep stairway to the side of the platform led to Bonghwadae – the peak of Gwongeumseong. From there, we had 360 degree views of the magnificent mountains around us.

On the top of mountains, there is peace…but also no coffee. Hmm…conundrum.

Having grown up near the Rocky Mountains in Alberta, with its plethora of safety barriers and warning signs, I am always surprised by the total freedom in which you are allowed to wander around on Korean mountaintops. I’m no fool, and more than a little afraid of heights, so I stayed far from the sheer precipices, but many a local tempted fate by standing and peering over the edges of the cliffs. Foolish or brave, one can never say for sure!

Living on the edge: this guy is either very brave or very foolish, if you ask me.

We stayed at Del Pino, the 2nd Daemyung Resort of our trip. With a lovely view of the Seorak Range in the distance and a golf course, this hotel was basically a smaller version of the Sol Beach Resort we’d stayed in the night before. The only real difference was the presence of a Starbucks in the lobby, and a replica of Stonehenge out front. No, really.

Tips for a trip to Seoraksan

1) If you want to see fall foliage, visit early.
Seoraksan is one of the best spots in the country for a dazzling display of fall colours, but if your goal is to see the changing of the leaves, get to the mountain earlier in the season.

We visited in mid-November, and the trees were already virtually bare. One of the teachers on our trip had visited 2 weeks earlier, and reported that there hadn’t been much to see then either. While it’s impossible to predict exactly when the colours will be at their peak, it’s safe to say that Seoraksan is one of the first places in the country to be hit by cooler temperatures. Plan accordingly.

2) Try to visit off-peak.
It’s close proximity to Seoul, plethora of hiking trails and natural beauty understandably make Seroaksan one of Korea’s busiest tourist destinations, for locals and tourists alike. At peak times, this means that the easy 2.5 hour drive from the city can turn into a nightmare of stand-still traffic. Literally.

We drove out on Thursday, and came back on Saturday, and the roads were blissfully empty. There was virtually zero traffic on the way back. Travel there any day but Friday or Saturday and return any day, but Sunday. You’ll be happy you did.

3) You don’t have to be a hiker to enjoy it.
Korea doesn’t have the highest mountains in the world, but my hikes up them have been amongst the most challenging. Full of unusual rock formations, staggering peaks and stunning valleys, trekking in Korea can be difficult. A lot of endurance and more than a little fearlessness is required. In fact, I haven’t been on one yet that didn’t require at least a little bit of climbing to reach the top.

At 1708 metres high, Daecheongbong is Seoraksan’s highest peak, and though I’ve never done the hike myself, I’d bet that it’s strenuous, and probably somewhat painful. Fortunately, you can reach one of Seoraksan’s lofty peaks simply by climbing a set of stairs, and getting on the cable car.

Since 1970, the Seorak Cable Car has been ferrying visitors, both athletic and non-athletic to Bonghwadae. Fares for adults are 9,000 won round trip. More information can be found HERE.

Have you been to Seoraksan? Are there any memorable mountains where you live? Tell us all about them in the comments below. We’d love to hear from you. 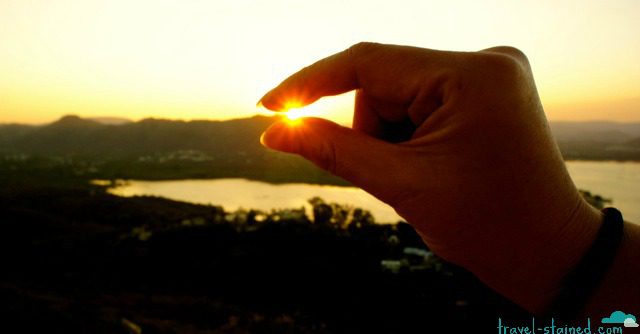 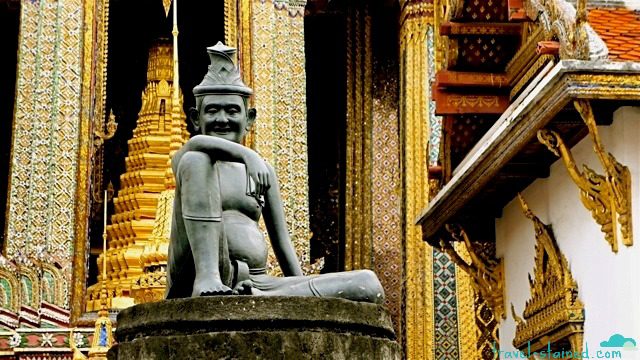