Do you know the difference between a dry-aged steak and a wet-aged steak? Yeah I didn’t either. But I got well and properly educated when we visited Vault Steakhouse in Seoul for our 7 year wedding anniversary.

It all sounds very complicated, but wet-aging refers to a process where vacuum-sealed cuts of beef are aged in the transit time between slaughter and sale. Dry-aging, on the other hand, involves a specially designed fridge. Humidity and temperature are carefully controlled to create the perfectly aged piece of beef.

Vault steakhouse stands out in a city full of awful to average steakhouses, not just for these perfectly aged steaks, but because it was the first steakhouse in Seoul to sell USDA Prime meat. This is the top 3% of beef produced in the entire United States and it’s the best of the best.

Sure, this might not sound all that exciting to those of you that live in countries where a quality steak is just around the corner. But when even the meat at steakhouse chains, Outback and VIPS, are chewy and full of veins, it’s really something to write home about.

@vault82steakhouse ? Is getting pretty much everything right, including the cutest napkin fold ever… #seoul_korea #청담

Steaks at Vault are sold per 100 grams and shared between at least 2 people. Jean, the Manager at Vault steakhouse (and Agri’s soccer teammate), recommended the dry-aged porterhouse which cost 26,000 KRW/100 grams.

When our hunk of beef was cut off the cow, it weighed a grand total of 770 grams – making it the most expensive steak I’ve ever eaten in terms of absolute cost. Yes, even more than the Kobe Beef I ate at its source in Kobe, Japan.

Our beef and pork in raw form

Fortunately though, at Vault, the steak comes with 3 free side dishes – fries, balsamic onions, creamed spinach – and dessert (panna cotta) included in the price. We were graciously offered free starters of chop salad, a bacon plate, and wine by Jean, which made the price somewhat easier to swallow.

As for the steak? It was cooked perfectly medium rare, sliced into bite-sized cubes, and melted in my mouth with a depth of flavour I haven’t tasted in Seoul for quite some time. There was so much of it, that we had trouble finishing (doesn’t mean, we left a single morsel though).

Sure, it ain’t cheap. But if you’re looking for a Seoul steakhouse you can bank on, Vault is a sure bet.

Some might say it's impossible to get a decent #steak in Seoul (and I used to be one of them), but Vault in Cheongdam proved me good and wrong. ? * Our 770 gram, 28 day dry-aged porterhouse for 2 was perfectly cooked medium-rare and the free sides of creamed spinach, fries and balsamic onions a great complement. ❤️ I personally loved the horseradish for garnish. @vault82steakhouse isn't cheap (at 26,000krw/100 grams), but it's ideal for a special occasion. ?? * * * * * #steakhouse #청담 #cityliving #discoverglobe #eatlocal #expatlife #eattheworld #finedining #followmeto #familytravel #femaletravelbloggers #goexplore #globalnomads #iseoulu #iamatraveler #justbackfrom #jetsetter #koreatravel #lifewelltraveled #lifeinkorea #lovetheworld #momblogger #neverstopexploring #seoulite #summerinthecity #seoul_korea #traveltips #travelandeat

Located in the ritzy Cheongdam area of Seoul, Vault’s 2nd floor space has a masculine feeling interior, with low light, smooth jazz and dark panelled walls. It makes you want to sit down with a fine cigar in one hand and a high quality drink in the other.

It’s strongly recommended that you make reservations for your meal. It’s been successful since its opening in August of 2014, but it’s enjoyed a recent jump in popularity since it was featured in a scene of the popular Korean drama 수요미식회.

It was also included in Korea’s inaugural edition of the Michelin Guide in 2017.

There’s valet parking outside the restaurant for 3000 won, or you can reach it via Apgujeong-Rodeo subway exit 3 or 4.

What’s the best steak you’ve ever eaten? Do you have a favourite steakhouse?

Did you find this post about Vault Steakhouse Seoul helpful? PIN IT!

*Disclaimer: We received free appetizers and wine at Vault Steakhouse Seoul, not for this post, but because the Manager and Agri are soccer teammates. 😉 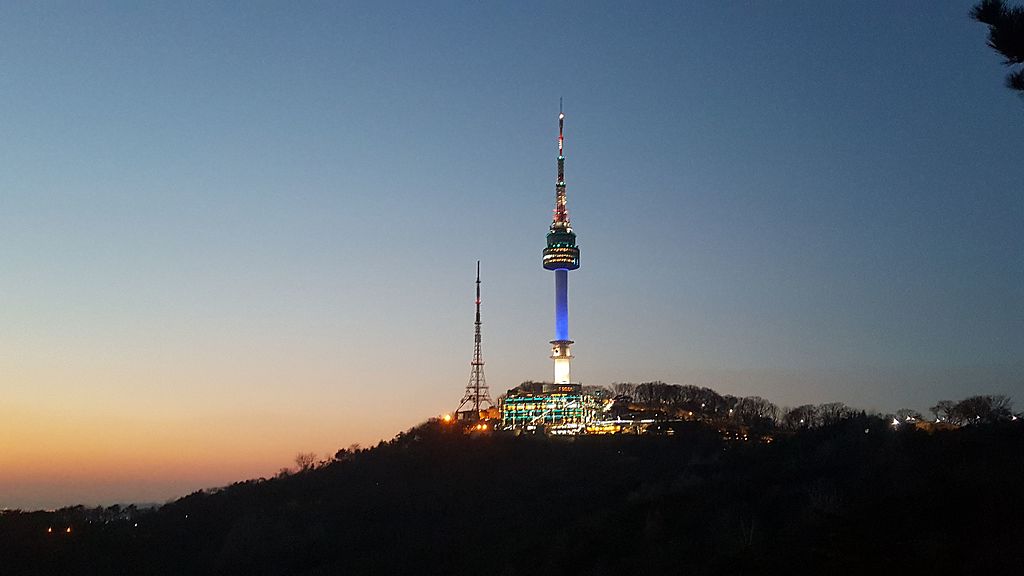