We follow an unspoken rule while traveling. We try not to buy souvenirs or gifts for ourselves and others in the places we’re visiting. It’s been a good choice. If we did, our house would be overflowing like Naples in the middle of a garbage strike. We would have spent a good portion of our time in other countries, shopping, and missed out on actually experiencing and being in an amazing new destination. A surefire route to two very grumpy Bears. And totally contrary to the whole idea of traveling light.

Instead, we take pictures. Lots of them. We use them, and the memories of our experiences as the souvenirs of the places we’ve visited. For me, a picture has the power to trigger memories in a way that an item picked up shopping is unable to. Unless some kind of fantastic and interesting event, like a unique interaction with a local shopkeeper occurs during the shopping trip, when you get home, these items become just, stuff you picked up on a shopping trip. Never mind that it was in Italy or Malaysia or Brunei.

Doing all of this travel research, has me reminiscing about the trips the Bear and I have taken together in the last 5 years. Which come to think of it, is quite a lot! I wondered if I would be able to choose just 1 picture from each of the places we’ve been, that would encapsulate our experience there. One picture that would impart a feeling of the culture and what it was like to travel there. And believe me, it was tough. There are also way too many to put into one post, so I’ll be splitting these up over the next few days.

You can’t think about Barcelona without thinking about the works of Catalan Modernist Antoni Gaudi. Walking around the fairyland of Barcelona isn’t about the paella or the beach, it’s all about Gaudi.

It was really tough to choose just one photo from Venezia, but I chose this classic shot of the canals. There’s the beauty of the Carnival masks, the cobblestone streets and sparkly Murano glass, but ultimately, thoughts of Venice equal thoughts of canals.

Okay, so this is probably not the shot you were expecting from Firenze, the home of some of the world’s greatest works of art (David!). And yes, I have those shots, but for me, Firenze will always be about walking and walking and walking until my feet were tender, painful, and yes, extremely dirty.

My vision of Italy was grand marble structures, but the city of Siena totally confounded my expectations. Everything was brown and medieval, but this is Italy, so of course, it was still beautiful. However, walking up and down these hills all day in the Mediterranean summer heat most definitely was not.

Strangely enough, Pisa was never on my bucket list of places to see. Not really sure why. Maybe because it’s been photographed so many times, I felt like I’d already been there. The reality is so much more beautiful than the photos, so I’m glad the Bear convinced me to go. I am also glad that we got to take ultra cheesy tourist shots of us holding up the Tower.

The Strongest Bear in the World, Pisa, Italy

Rome was definitely one of the hardest places to pick one photo from. What do you choose? The Fontana di Trevi? The Spanish Steps? The truth is that on every corner of Rome, famous or not, there is something magnificent to see. I went with this one, because it captures the scale and size of the monuments in Rome, and my own feeling of being very small and insignificant in the face of that grand history.

Arco di Tito and the Colosseo in Roma, Italy

I certainly have higher quality photos of Vatican City than this one. I admit that this one was taken kind of sneakily. Everyone was taking photos in the Sistine Chapel, despite security yelling at them not to. I know it’s to preserve the artwork, but maybe cameras should not be allowed inside at all. Can you really trust people not to take pictures of one of the greatest works of art in history, just because you say so? It’s an impossible thing to enforce. I feel a little bad about taking the picture, but at the very least, I didn’t use a flash (which is why the picture quality is so bad).

Anyways, I’m going to end with this one for now, because this experience actually blew me away in ways I totally was not expecting. Let’s just say that I’m an art appreciator, not an art feeler. Art has always been a somewhat cerebral experience for me. I recognize that there is amazing talent and work involved in creating something like this, and I stand in awe of it (mostly because I can’t even draw a stick man properly), but it never touches me emotionally.

This was different. I told myself to ignore the pushing, the camera flashes going off incessantly, the security guards yelling, and just focus on one part of the ceiling.  After a few moments of being still and looking intently, it came to life before my eyes. Another few minutes, and I was crying. I’m not religious, so I know it wasn’t the subject matter that touched me so much. All I know is that after leaving the Sistine Chapel, I continued to cry for another 15 minutes, unable to stop. To this day, I cannot explain why, but I remember it as one of my most beautiful travel experiences ever. 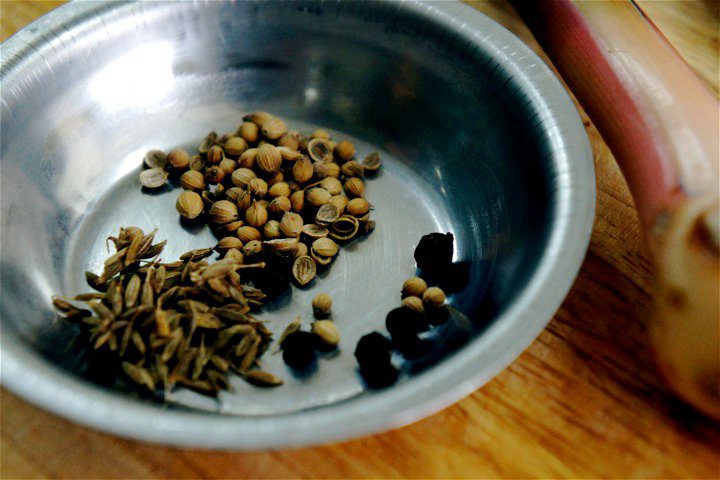