Spring has truly sprung here in Seoul! It’s finally warm enough to be out without a jacket, and the slightest hint of fresh green has popped up on the shrubs around my house. Tiny little flowers are starting to bloom on some of the trees nearby, and it’s just a matter of time before the cherry blossoms erupt into a romantic spray of palest pink.

Unfortunately though, along with spring, comes the dreaded hwangsa (황사) or yellow dust. Which means that just as it gets pleasant enough to actually enjoy being outside, I’m also madly checking the air quality index before I head out with Naia. Kinda frustrating, but it’s an unfortunate part of living in Korea. 🙁

TRAVEL
In March, we started filling up Naia’s empty passport, with a short trip to Japan. We flew into Osaka, headed straight to Kobe for an amazing steak lunch, then spent a few days exploring Kyoto, before finishing off our time petting wild deer in Nara.

We were a little nervous about traveling with a wee one for the first time, but aside from a difficult flight home, she passed the travel test with flying colours. I might even dare to say that she inherited the wanderlust gene from us.

The view from a stroller is not the best…

Even though we covered 3 cities in 4 days and packed them full of new experiences, that exhausted even her travel-hardened parents, she mostly just took it all in stride with healthy curiosity and more than a little laughter.

Japan was a primer, to prepare for a much longer adventure planned for later this year, and I’m super excited to get back on the road with our littlest traveler. Stay tuned for details. 🙂

EXPAT LIFE
March was a month of birthday celebrations.

I turned 43 on March 10th, and I kind of can’t believe it. In a few years, I’ll be closer to 50, than 40, and it’s something I’m having a lot of trouble wrapping my head around. It’s not that I’m afraid of aging, in fact, it’s something I don’t really give much thought to, but I really don’t feel my age. Cliche, but true. I feel kind of ageless…maybe that’s why I completely forgot it was my birthday.

Nah, who am I kidding. I willfully forgot, because if you forget then you don’t age, right? Isn’t that how it works? 😉

It was also Auntie Bora’s birthday, and we surprised her with an all-vegan party. I tried my hand at cooking some vegan food, but decided that a vegan birthday cake was completely beyond me. Being vegan in Korea is not the easiest thing in the world, but fortunately there are a few options these days, and I was able to order a vegan red velvet birthday cake from Plant Cafe in Itaewon.

I can’t say that it tasted exactly like non-vegan red velvet cakes that I’ve had, but it was pretty damn delicious in it’s own right.

Naia wants a piece too

MARCH ON THE BLOG
We had a pretty good month of posting in March, mostly because our little one started falling asleep around 9pm all of a sudden. Other than waking up for a midnight feeding, she’s pretty much sleeping through the night now, which means that mommy’s brain isn’t as foggy as it has been in recent months, hence more capacity to post. 😉

We wrote our February recap, updated information for Korea’s 2016 cherry blossom festivals, and got started on posting about our trip to Japan, with a review of our flight on Japanese budget airline, Peach Air, our visit to Kinkakuji, the Golden Pavilion, and 11 reasons to visit Kyoto now.

Trekking poles were a necessity on Dead Woman’s Pass

Looking back though, I’m so glad my hubby convinced me to make the 42km trek. I survived, despite all my trepidation, and it remains one of the best things I’ve ever done.

We’ve got a 5 post series about our experiences on each of the 4 days of the trek, but the one called, Dead Woman in the Pass, pretty much sums up how I was feeling about it at the time.

INSTAGRAM
Our IG this month was mostly Japan, Japan, Japan, with a few pics of expat life in Seoul thrown in for good measure. Boy, I sure do spend a lot of time in coffee shops in Seoul. 😉

The most popular pics from Japan were of the streets of Gion with 117 likes, and a super fresh tempura dinner we had just a few minutes away from our AirBnB, with 105 likes. I guess people really like their deep-fried goodies. I sure do!

In Korea, the most popular pic was of Naia, Sophian the giraffe and some cute latte art, with 88 likes.
https://www.instagram.com/p/BC_eO4Su7Wi/

COMING UP IN APRIL
We’ve got another exciting month coming up!

My sister is visiting from Canada for a few weeks, and she’ll be meeting her niece for the very first time, wandering under falling cherry blossom petals, and eating Korean food to her heart’s content.

We’ll also be taking a little road trip down to the southern part of the peninsula, where Agri is tackling his first full marathon at the Cherry Blossom Marathon in Gyeongju. Wish him luck!

Is the end of winter within sight where you live? What do you have planned for this spring? 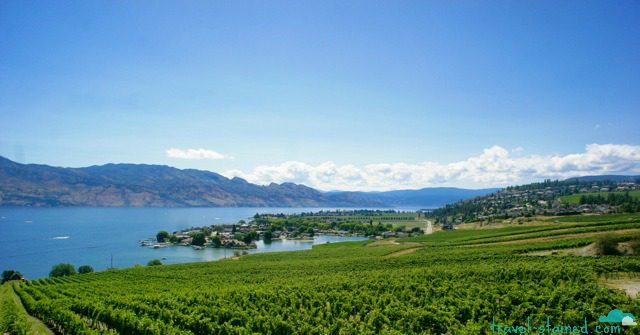